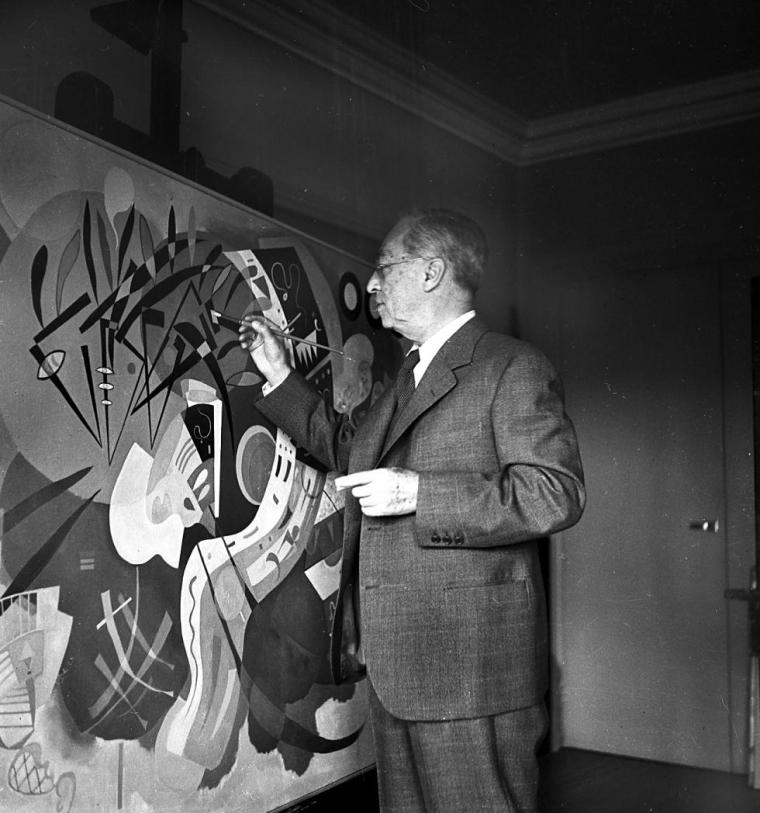 Knowing Vasily Kandinsky’s life and works means understanding a fundamental moment in the history of European art. Kandinsky is, in fact, the father of abstract painting, an artistic movement that emerged in Europe at the beginning of the 20th century and changed the figurative arts forever.

Abstract art does not show what the artist sees with his eyes but what he feels, his emotions and his state of mind. It is a way of conceiving art as a description of the inner universe that inhabits every human being and that can be expressed through geometric figures, colours and lines. 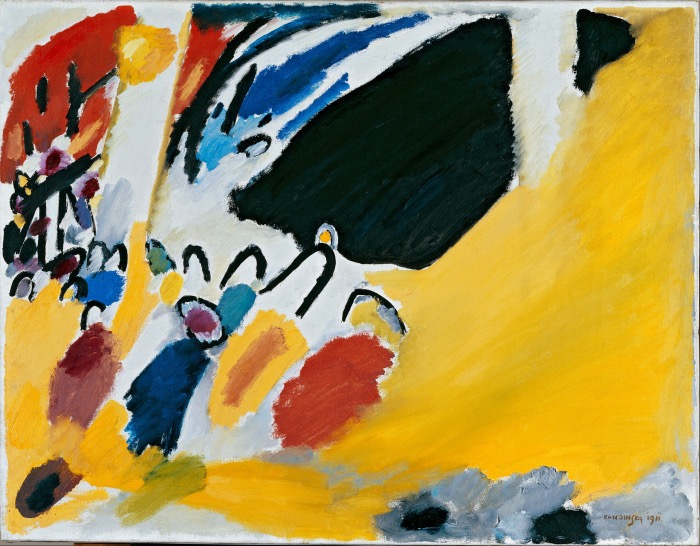 1. WHEN KANDINSKY’S PASSION FOR ART BEGAN

Kandinsky was born in Moscow in 1866 and became interested in art as a child.
During a trip to Venice he was fascinated by the lights that illuminated the city at night and the reflections in the water.

However, his father initiated him into the study of law and after graduating in 1896, he was offered a teaching post at the University of Dorpat in Estonia. However, his passion for art was stronger and he decided to turn it down and move to Munich to start studying art.

2. WHICH ART MOVEMENT DOES KANDINSKY BELONG TO?

After studying Law and Economics in Moscow, he devoted himself to painting with Anton Ažbe and later moved to Munich where he came into contact with the artistic avant-garde.

Kandinsky studied with Franz von Stuck at the Munich Academy of Fine Arts and between 1909 and 1913 he founded first the “Neue Künstlervereinung München” (New Munich Artists’ Association), then the art movement “Die Blaue Reiter” (The Blue Rider) whose exhibitions included Pablo Picasso, Paul Klee, André Derain and Emil Nolde and provided an opportunity to compare new trends. Kandinsky and the group of artists with whom he collaborated proposed a renewal of art from its origins. 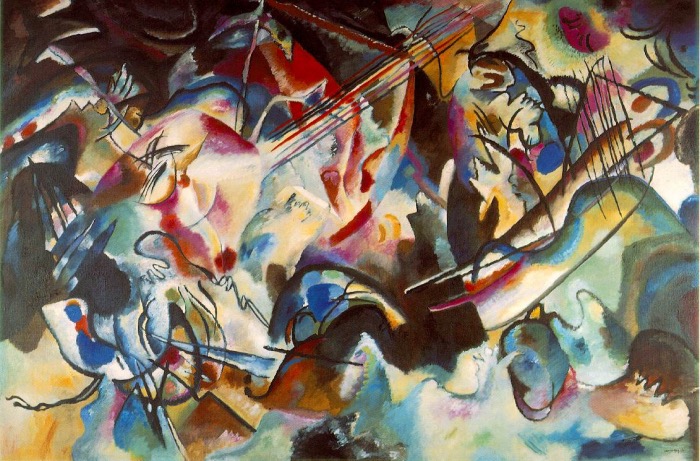 Kandinsky’s pictorial works are conserved in the most important museums in the world such as: “Impression III”, which is in the Civic Gallery in the Lenbachhaus in Munich; “Composition VI”, conserved in St. Petersburg; “Composition VIII” at the Guggenheim in New York; the famous “Blue Rider”, which inspired the birth of the Der Blaue Reiter movement.
However, Kandinsky also wrote some very important literary works in which he expounded his theories on colour.

Fundamental are: The Spiritual in Art (1912) and Point and Line to Plane (1926).
These books are important for understanding his paintings and also the relationship between painting and music, which became increasingly pronounced from 1911 onwards.
Indeed, Kandinsky began to collaborate in the second decade of the 20th century with the composer Arnold Schönberg, whose works broke away from academic rules and opened up a new expressive possibility in music, arousing emotions in the listener. Painting must also arouse emotions, but it can only get to the essence of things by abandoning the figure.

4. KANDINSKY AT THE BAUHAUS

Kandinsky progressively freed his painting from any reference to material reality, giving life to a lyrical abstractionism founded on solid philosophical foundations and on profound affinities with the language of music.
Returning to Russia from 1914 to 1921, his reflections on form, colour and space evolved towards greater geometric rigour after he became a teacher in 1922 at the Bauhaus, the extraordinary school of architecture, art and design active in Weimar, then in Dessau and Berlin, between 1919 and 1933.

In 1933, with the rise of Nazism, Kandinsky moved to France where he confirmed his turn towards geometric abstraction.
His works were removed from museums and sold off to foreign collectors because they were considered “degenerate art” by the Nazis and he was accused of being too close to Russian political ideas.

Kandinsky spent the last ten years of his life in Paris. He died at his residence in Neuilly-sur-Seine on 13 December 1944. 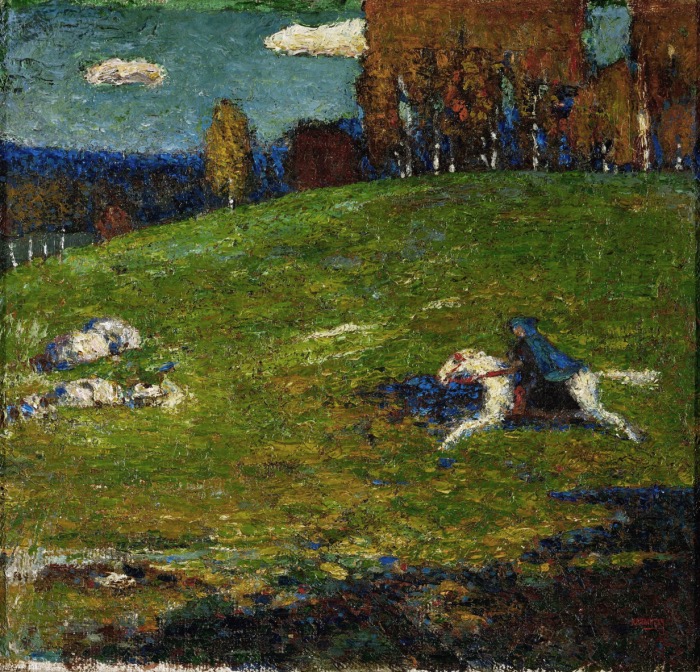 4 thoughts on “Vasily Kandinsky life and works: 5 things to know”