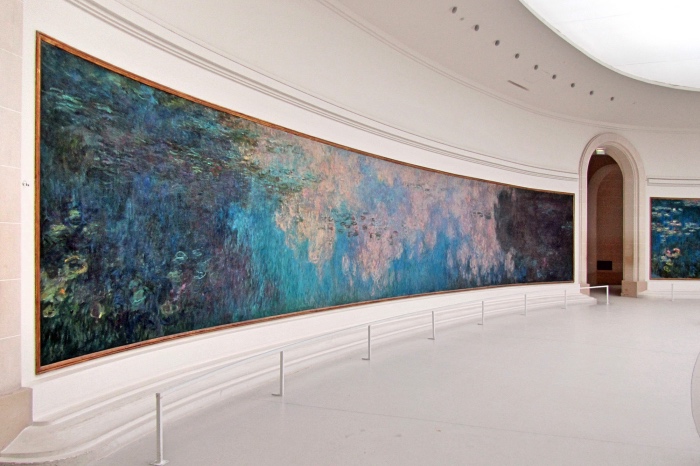 Monet’s water lilies are none other than the flowers in the pond at the painter’s house in Giverny.
From a young age, the artist had focused his attention on seascapes, such as ‘Impression, soleil levant’ with which he inaugurated the first Impressionist exhibition. However, with the Water Lilies, Monet’s research continued into old age and even anticipated the avant-garde movements of the 20th century. 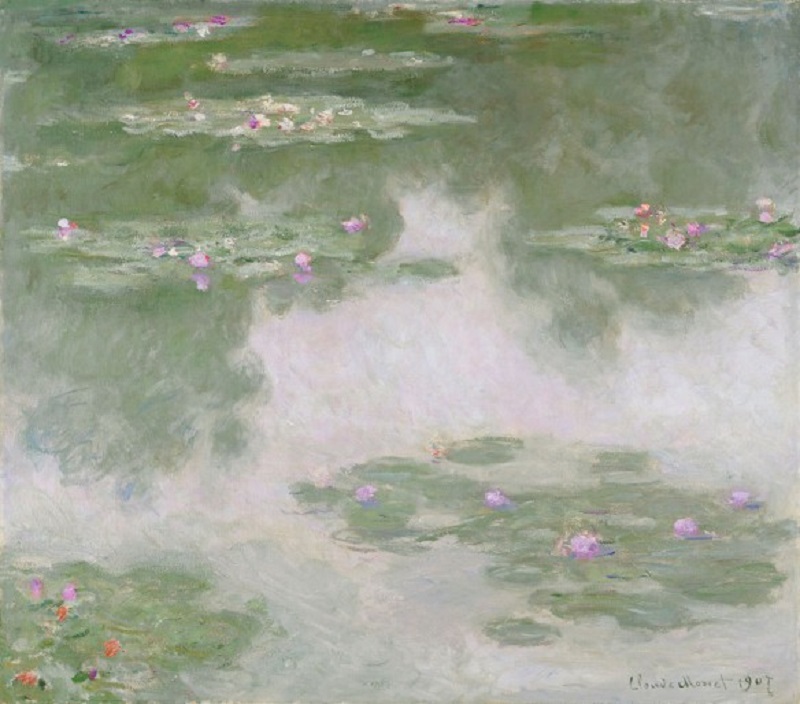 Monet is not the only artist who created works in series but he is certainly one of the few who created masterpieces even when he made artist’s studies.

WHERE THE WATER LILIES ARE EXHIBITED

In the autumn of 1920, Monet decided to donate some of his works to the French State.
It consisted of 12 huge canvases, representing Water Lilies, each at least four metres long and which the artist intended to be exhibited in a specially built pavilion at the Hôtel de Brion.

Monet’s project will never be realised.
The Hôtel de Brion became the Musée Rodin and Monet’s canvases were placed in the Musée de l’Orangerie des Tuileries, where they still are, forming almost a single work.

Monet’s Water Lilies are the last works to which the artist devoted his energies.
Almost blind and very old, Monet transformed the water lilies in his garden into masterpieces, depicting these aquatic flowers with different lights, colours and reflections, depending on the time of day he could admire them.

Actually, Monet made other works with water lilies and not all of them are in the Musée de l’Orangerie. In fact, many other smaller canvases are scattered in museums around the world.

FROM IMPRESSIONISM TO ABSTRACTION

Monet, true to the style of Impressionism, painted en plein air in his garden at Giverny, concentrating on the reflections of the flowers on the water, the colours, the light and created a spectacle in which anyone observing could see something different and new.
The colours of Monet’s Water Lilies mingle with the sky and water, almost bordering on abstraction.

After Monet’s death in 1926, these canvases were seen as an anticipation of the 20th century avant-garde, the beginning of abstract painting, and were seen as the work of visionary artists.

Monet’s Water Lilies are the fruit of a life’s work that goes so far as to eliminate any connection with reality in order to transform the canvas into a portal that allows the vision of what lies in our hearts and what we desire for the future.
It almost seems as if Monet wanted to discover the secrets of nature in order to understand himself and the world.