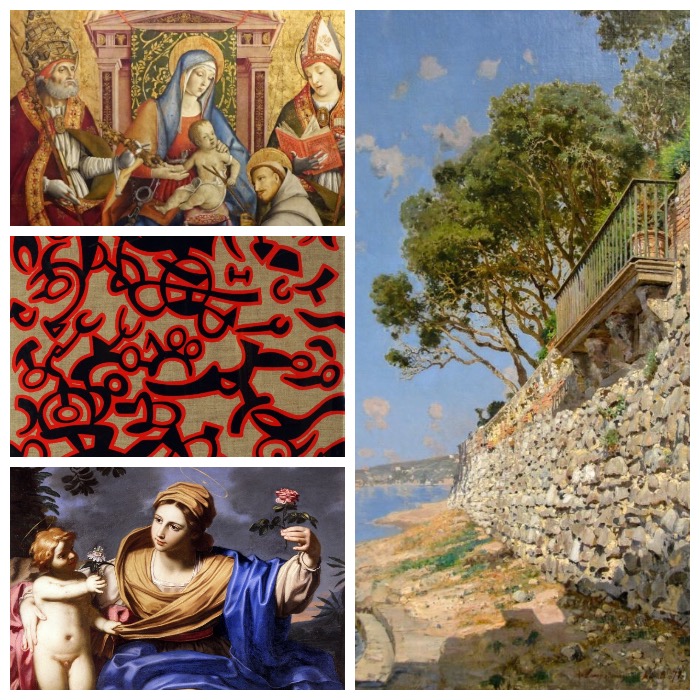 WORKS FROM THE BPER BANCA COLLECTION

Since 2017, the works of the BPER Banca Collection have been collected and exhibited at the Bank’s headquarters in Modena.
The idea of exhibiting the collection stems from an awareness of the importance of an art collection which, at present, is the result of the union of other collections which, through the works preserved, tell the story of the Bank and the territory in which it was founded in 1867.

In this post I describe the most important works.

Works from the BPER BANCA Collection

The headquarters of BPER Banca’s “La Galleria” consists of an area dedicated to the permanent collection, of which around twenty works are on display, and a section housing temporary exhibitions.

WORKS FROM THE BPER BANCA COLLECTION

The work comes from the collection of a noble Roman family, but in 1624 it belonged to Cardinal Alessandro d’Este.
The painting is inspired by the famous story by Ovid who, in his “Metamorphoses”, tells of a faun named Marsyas who, confident of his skill, challenged Apollo to play a musical instrument called a syringe. Marsyas was beaten by the god who killed him. 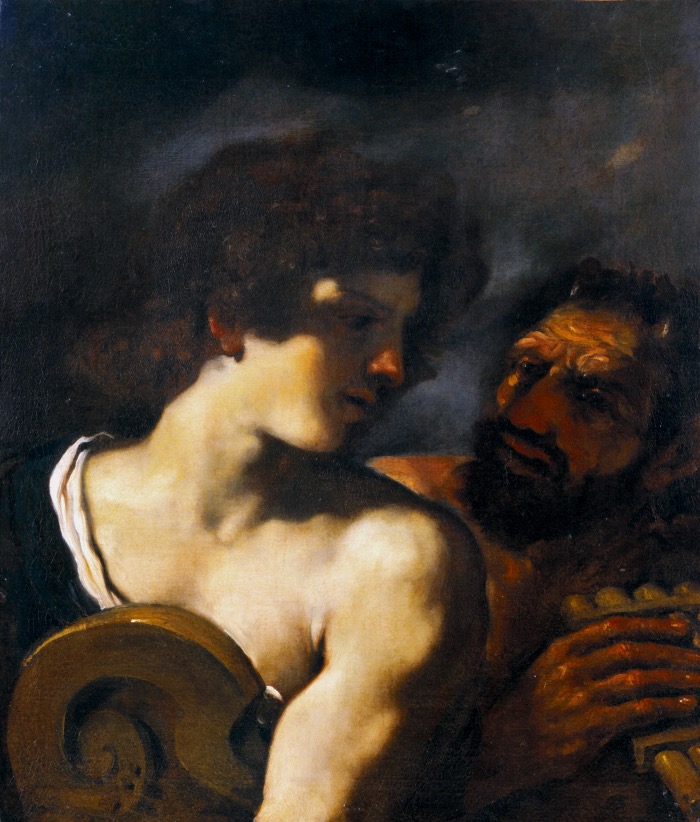 The very intense painting, despite its small size, captures the very moment when the god turns annoyed at the faun.

The Sleeping Love by Guido Reni

This work belongs to Guido Reni’s best production around 1620. It
is probably the painting that in 1627 Count Rinaldo Ariosti, the Duke’s agent in Bologna, offered to buy for the Duke of Modena, Cesare I d’Este, who did not buy it. Guido Reni deals with the theme of Cupid sleeping in an idealised and at the same time naturalistic style. 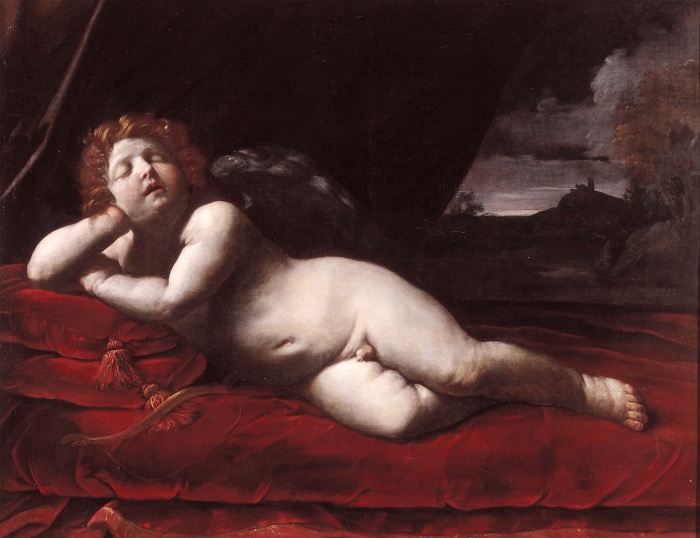 The dark background emphasises the red velvet and white complexion of the putto, reminding us that the artist was making the ‘Four Labours of Hercules’ for the Duke of Mantua at the same time. This work is now in the Louvre.

The Adoration of the Child with St. Bernardino – The Blessing Eternal Father by Cristoforo Canozi da Lendinara

The work is attributed to Cristoforo Canozi, an artist of the mid-15th century, thanks to the comparison with the inlays and with the great fresco with the Last Judgement in Modena Cathedral. The
composition is very much in the style of Piero della Francesca, and the light defines the figures, highlighting the faces and the landscape. 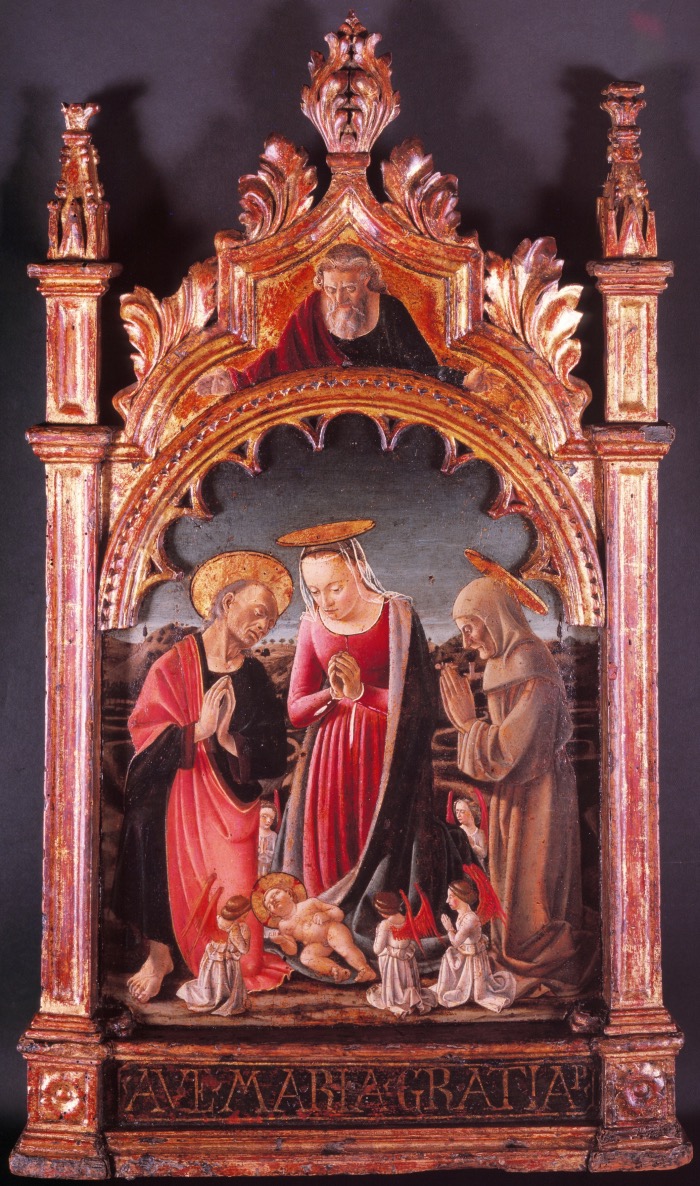 Moreover, the frame becomes a veritable architecture that seems to frame the figure of God leaning out from above, as if to protect the scene below.

Madonna and Child with Saints Peter, Gennaro and Francis of Assisi by Nicola Filotesio, Cola dell’Amatrice

The work is composed of the union of two separate wooden panels and was originally placed on the high altar of the church of San Gennaro in Folignano, in the province of Ascoli Piceno, until the church was destroyed in 1798.
Inside an elegant architectural frame of classical order are represented Saints Peter, Francis, kneeling, and Gennaro, whose name is written on the base, at the sides of the Madonna and Child, on an elegant marble throne. 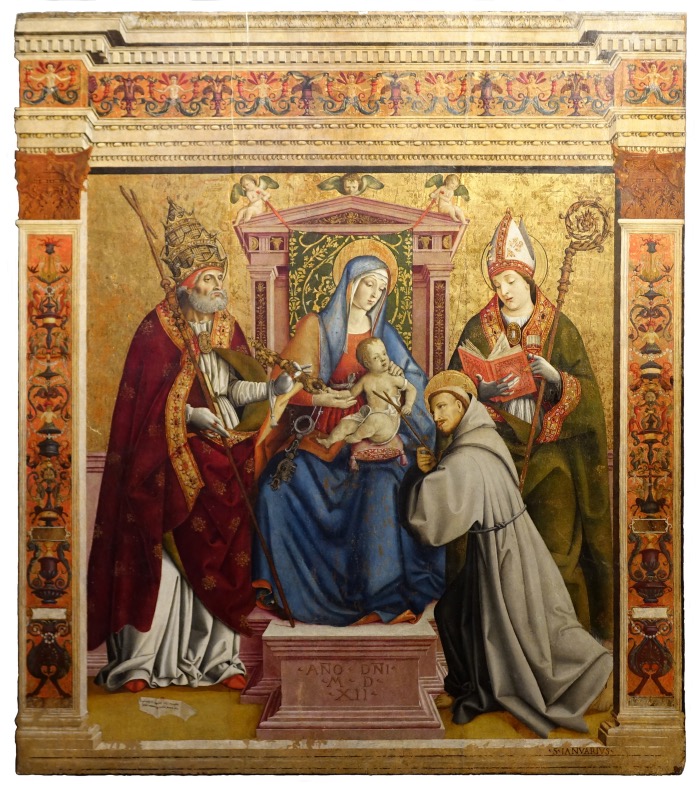 The painting, dated in the centre 1512, is signed on a scroll at the foot of the figure of St. Gennaro ‘DE PHILOCTISCHIS EXCELLENS COLA MAGISTER/ PICTOR AMATRICIUS PINXIT OPUS’.

Portrait of Commander Gabriele Tadino by Tiziano Vecellio and workshop

The painting depicts the famous man-of-arms Gabriele Tadino, who lived between the end of the 15th century and the first half of the 16th century. The
painting is based on the formula of Titian’s official portrait, with the figure in three-quarter view against a dark background and an open window overlooking the landscape. 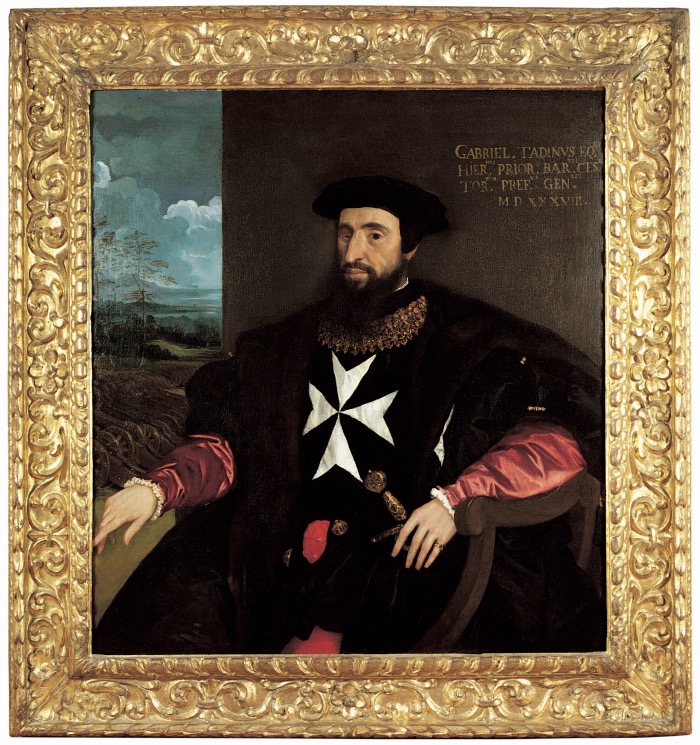 The commander of the Spanish artillery poses nobly seated in an almost frontal position with his face slightly turned.

Our Lady of the Rose by Michele Desubleo

The subject of this painting contains an allusion to the Passion of Christ and this is evident from the presence of the passion flower, a flower that popular devotion links to the martyrdom of Christ, which can be likened to the instruments of the Passion. 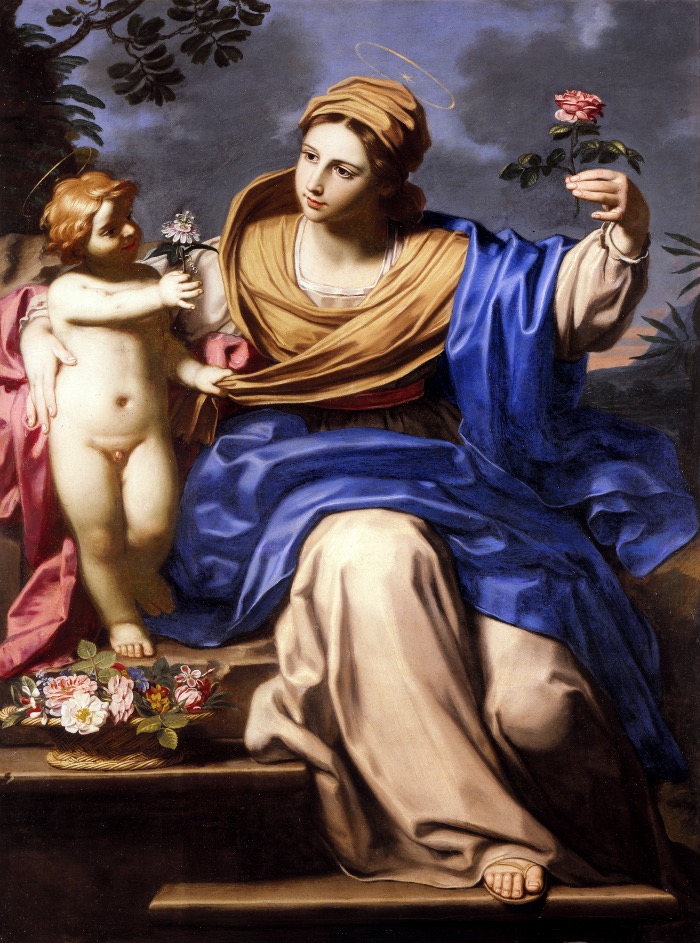 In this work, the still life of flowers in the basket in the foreground, executed with a mellow brushstroke, can be put on the same level as the Cittadini brothers, famous in Emilia in the mid-16th century.

The work presents all the artist’s repertory objects arranged on two planes in a vertical composition.
The luminous result is surprising and, together with the rendering of perspective, links all the different elements and makes them stand out. 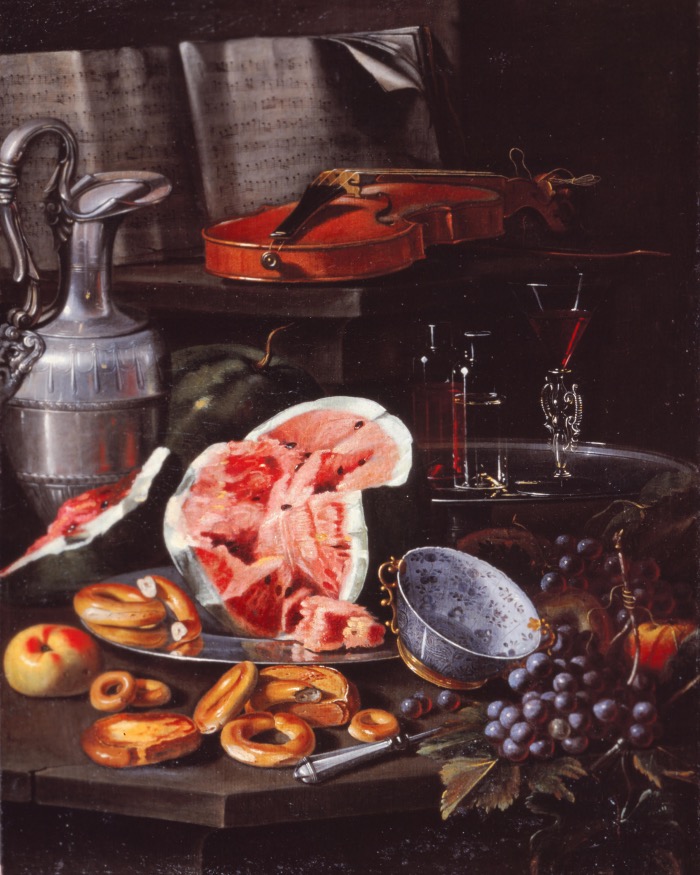 In this canvas, dating from the beginning of the 18th century, the painter already seems to have abandoned the compositional rigour that had characterised some of his earlier canvases, to achieve a more opulent result.

Trained at the Neapolitan Academy from 1862 to 1869, Alceste Campriani joined the group of artists who worked for the Maison Goupil thanks to his association with De Nittis. The framing of the painting is bold, with a large stone wall in the foreground, close to the foreshore, interrupted at the top by a small terrace. On the other side of the wall, which undoubtedly marks the boundary of a villa by the sea, are the luxuriant tops of tall trees. 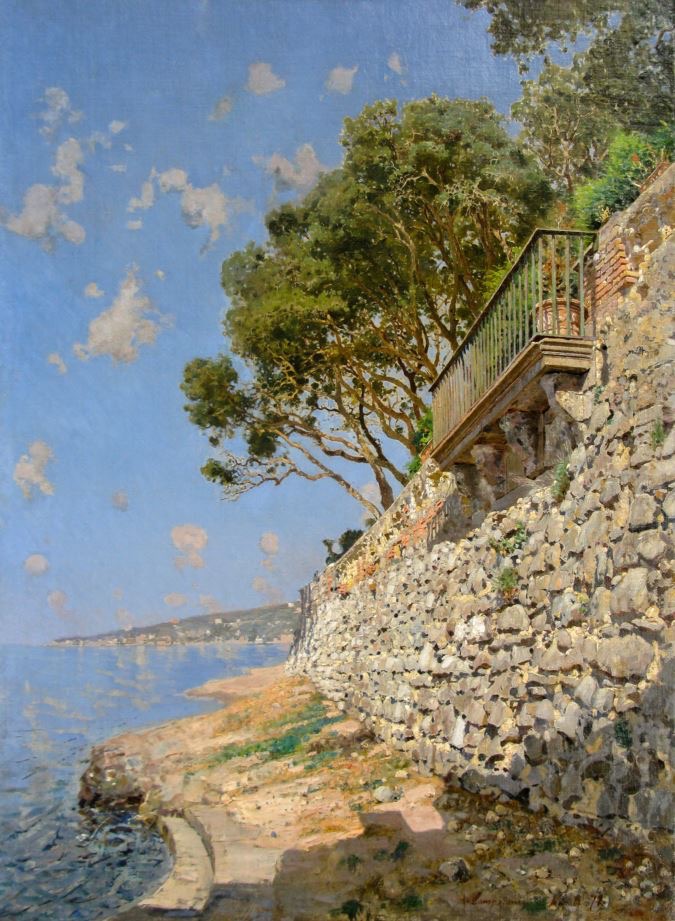 In the background you can see the gulf and the city of Naples under a bright blue sky with small white clouds, typical of Campriani.

Self-Portrait with Easel by Antonio Ligabue

Ligabue painted numerous self-portraits throughout his life, almost an autobiographical diary on canvas, which he turned into tools to confirm his status as a painter, a purpose also evident in this extraordinary and famous version in which the artist portrays himself at work.
On the easel is a canvas with one of the artist’s favourite subjects: a cockerel. A dog peeps out among the vegetation. 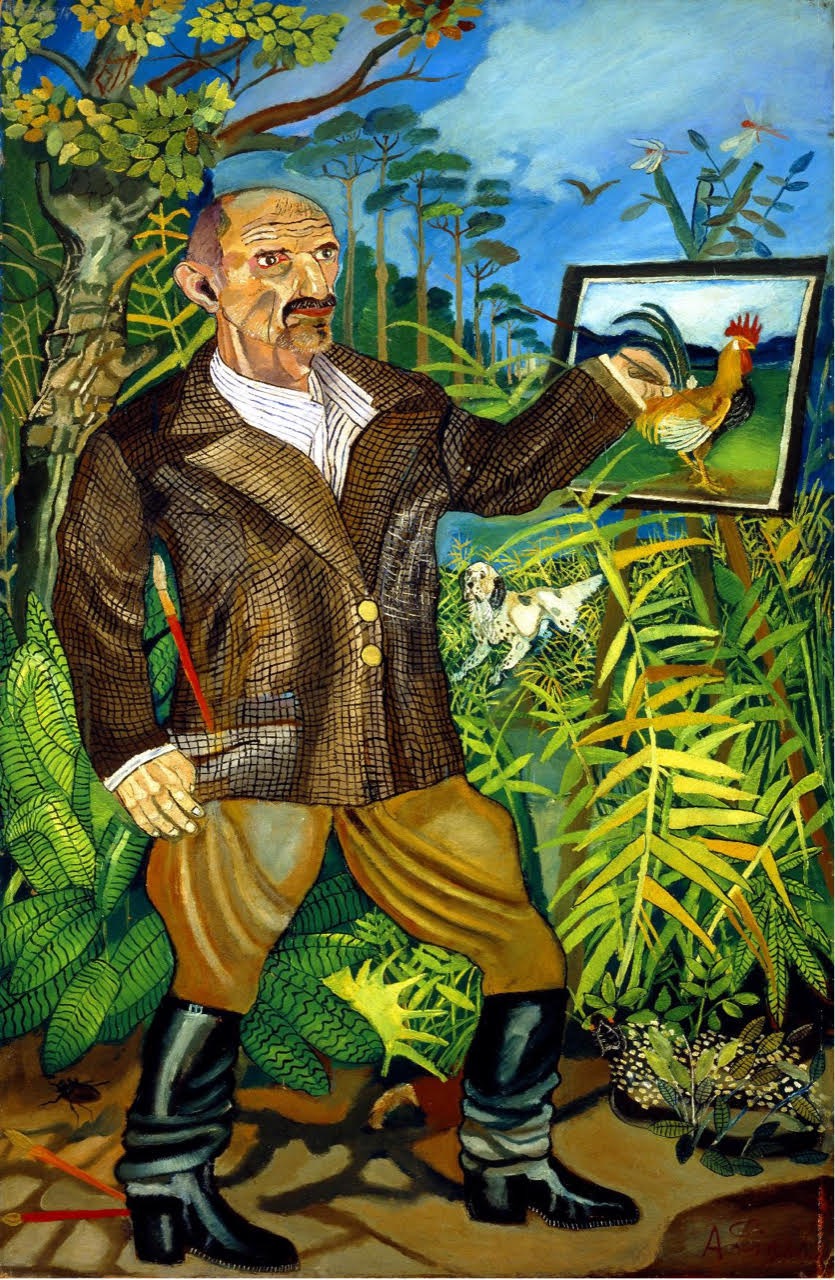 Ligabue loved portraying animals, he felt they were close to his own feelings.
In front of Michelangelo’s Sistine Chapel, Ligabue is said to have strongly disagreed that the great master had not included animals in his masterpiece.

One of the most interesting artists of the post-World War II period in Italy, she was the first woman to receive international recognition for her abstract art.
In 1947, she formed the Forma 1 Group of formalist and Marxist inspiration. She was committed to breaking down many prejudices, first and foremost the association of woman-delicacy, painting-beauty composition and worked on forms that were difficult to decipher. 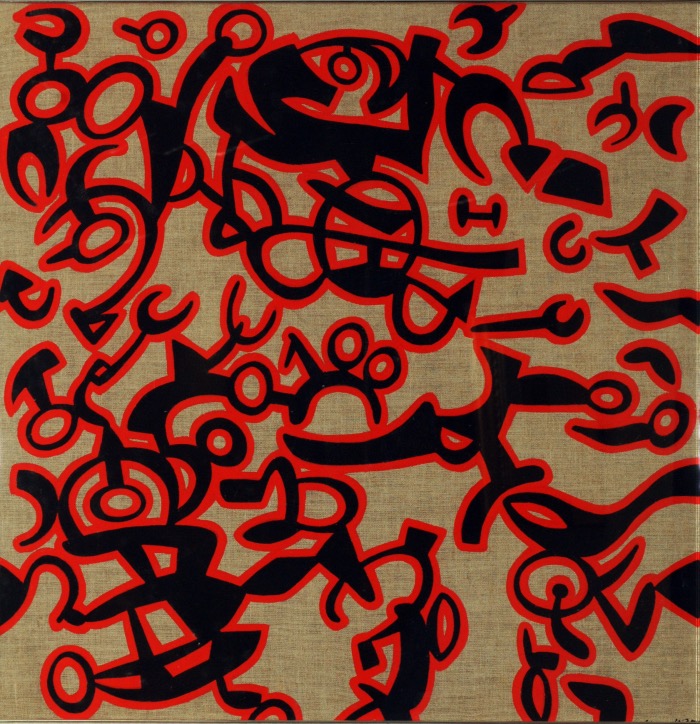 His painting is characterised by linguistic comparisons where colour, together with the sign, are the essential points of his spirit, always ready to research and discover new frontiers of doing.

THE HISTORICAL ARCHIVE AND MORE INFORMATION ON THE WORKS

The Historical Archive of BPER Banca, founded with the Banca Popolare di Modena in 1867 and declared “of particularly important historical interest” in 2005 by the Superintendency of Archives for Emilia Romagna, represents and documents the history not only of the bank, but above all of the territories of which it was and is an expression, bearing witness to the social and cultural development of the country.

More than 500 linear metres of documentation bear witness to the history of the Bank since its foundation and to the path taken by the banking group and the banks that have been incorporated over time.

The project for the conservation, protection and enhancement of the works in the BPER Banca Collection and Historical Archive is characterised by the awareness that memory is fundamental to the emergence of a new cultural responsibility for business in the corporate ruling classes, as well as valuable information for the economic and social history of that same territory, which is thus safeguarded.

“The Gallery. Collection and Historical Archive” of BPER Banca