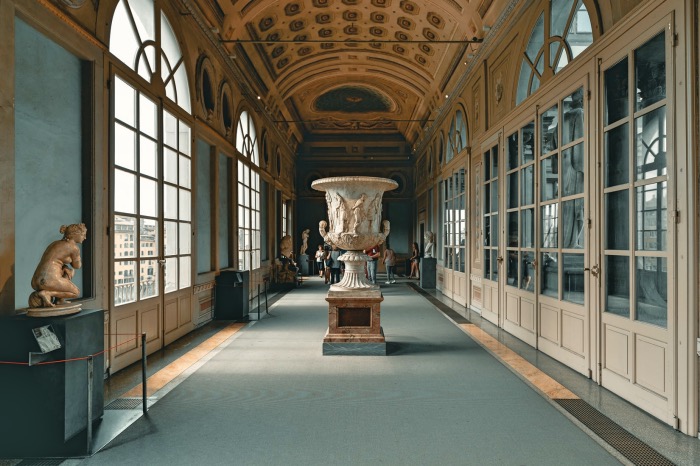 WORKS OF ART IN FLORENCE: THE UNMISSABLE MASTERPIECES

Which works of art in Florence you shouldn’t miss and which ones should be included in an itinerary discovering the city?
In this post you’ll find a list of the unmissable masterpieces in Florence, which are many, or rather several, but some of them are fundamental.

Works of art in Florence you shouldn’t miss 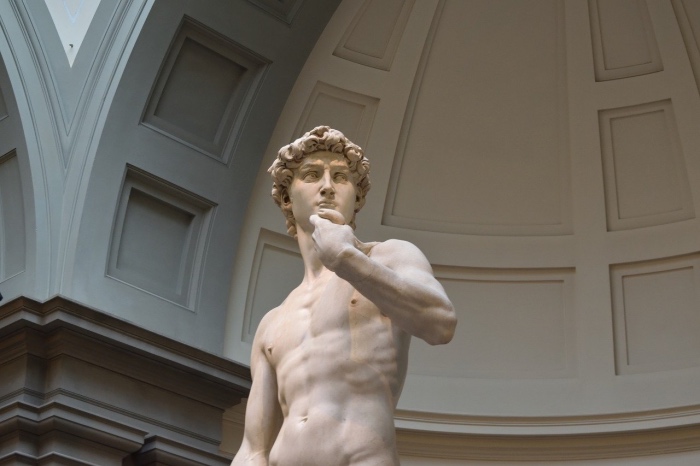 Michelangelo’s David at the Galleria dell’Accademia

In Piazza della Signoria, in front of the entrance of  Palazzo Vecchio, stands Michelangelo’s David.
The statue is actually a copy, because the original is displayed in the Galleria dell’Accademia di Firenze.
Michelangelo‘s David  is considered one of the greatest art masterpieces, made by the artist when he was very young to decorate the outer part of the Cathedral of Santa Maria del Fiore.

It was Lorenzo di Pierfrancesco de’ Medici, a cousin of  Lorenzo il Magnifico, to commission Sandro Botticelli to paint the famous Venus, housed in the Uffizi Gallery. The painting is one of the most important profane allegories which allow us to understand the cultural climate of Florence during the Renaissance, that gathered at Lorenzo il Magnifico’s court the most important poets, intellectuals and artists of the 15 century.
Botticelli’s Venus is an ideal of beauty and perfection you should admire at least once in your life. 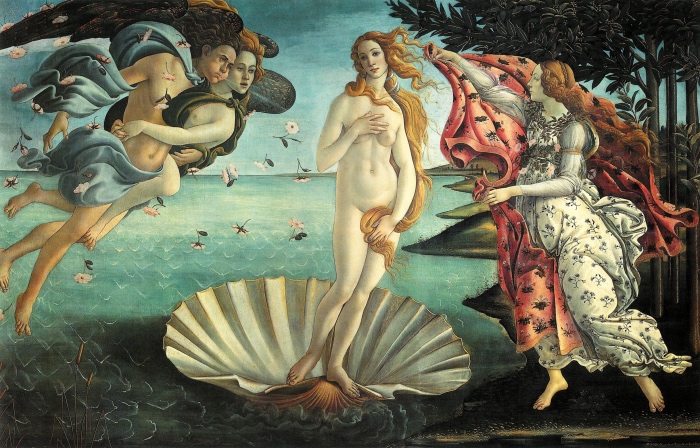 The most important place where you can admire the works of art in Florence is the Uffizi Gallery and among the masterpieces you shouldn’t miss stands out one of works by Leonardo da Vinci: The Annunciation by Leonardo da Vinci.
The painting was housed for 400 years in the church of San Bartolomeo in Monte Oliveto, on the hills of Florence, and was painted by Leonardo when he was still an apprentice in the workshop of Verrocchio.

The Holy Trinity by Masaccio started Renaissance painting. It defined space through geometric perspective, gave volume to figures by using the chiaroscuro technique, and made faces realistic and expressive.
The work, located in the church of Santa Maria Novella, explains to Christians how to attain eternal life. 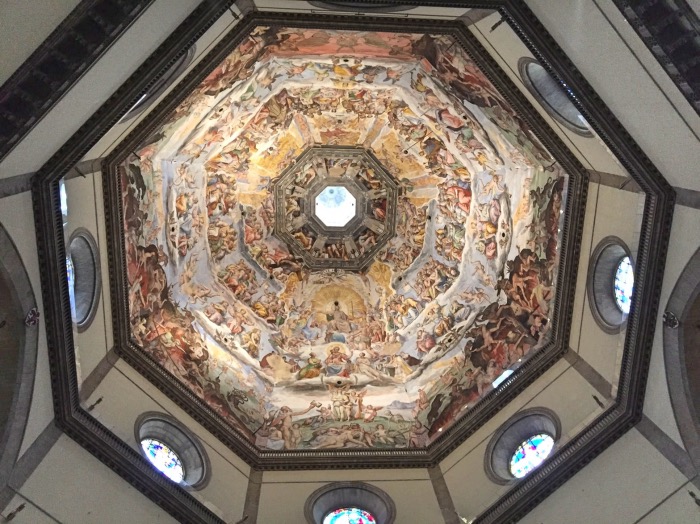 Frescoes decorating Brunelleschi’ Dome are Giorgio Vasari’s, who designed the whole work but they were completed by Federico Zuccari. 3,600 square meters of frescoes and 700 figures depicted waiting to be admired looking upward.

The Doors of Florence Baptistery were created by Lorenzo Ghiberti.
They weigh 8 tons, are 5.20 meters long, 3.10 meters wide and depict some episodes from the Old Testament in 10 scenes.

The Gates of Paradise situated in the Baptistery are a copy of the originals now housed in the Museo dell’Opera del Duomo, in the Salone del Paradiso, for security reasons.