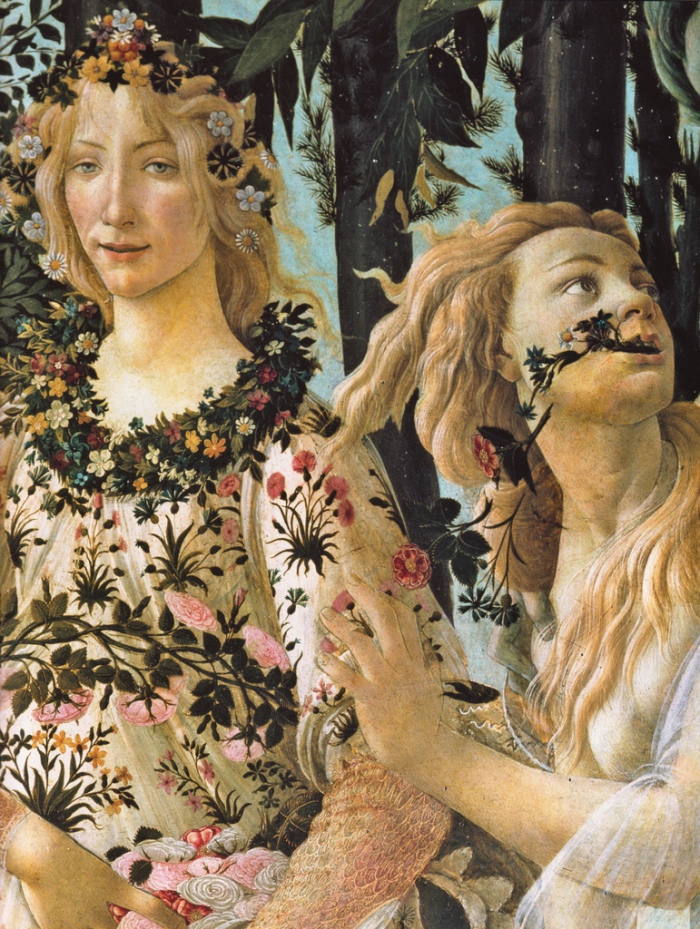 I have wondered many times which the true meaning of Botticelli’s Primavera could be, a work that after hundreds years from its creation still exerts a great fascination on a wide public.
After the post the Birth of Venus and Botticelli’s muse it was time to describe the other great masterpiece by Botticelli, The Primavera.

There are neither documents about the origin of this painting nor about who the patron was, even though he was maybe Lorenzo di Pierfrancesco de’Medici, cousin of Lorenzo il Magnifico (the Magnificent). However, we can try to the read the artwork and develop some hypotheses.
Are you ready to enter Botticelli’s masterpiece along with me? Let’s go!

Botticelli’s Primavera is one of the most famous works in the Uffizi Gallery and is now housed in a room where you can admire the birth of Venus and the Calumny of Apelles as well.

Origin and patron of the Primavera are still a mystery, but what is certain is that the painting never left Florence. In 1498, in fact, it was on display in the palace of Lorenzo di Pierfrancesco de’ Medici’s, while from a description by Giorgio Vasari we know that in 1450 the work was on display in Villa di Castello.

To see Botticelli’s Primavera it is necessary to enter the Uffizi. My advice is to book the ticket in advance to skip the line.
The reservation can be made HERE –> Uffizi Gallery: priority entrance

The characters of Botticelli’s Primavera were identified for the first time at the end of the 19thcentury.
On the right is Zephyr, spring wind, chasing the nymph Chloris, whom he loves, who transforms into Flora, the woman wearing the flowery dress and who is the representation of spring.
In thecentreof the painting stands Venus, symbol of Love. She manages the events of the scene!
On the left the Three Gracesjoin hands in a dance, while next to them Mercury chases away the clouds in order not to ruin spring. 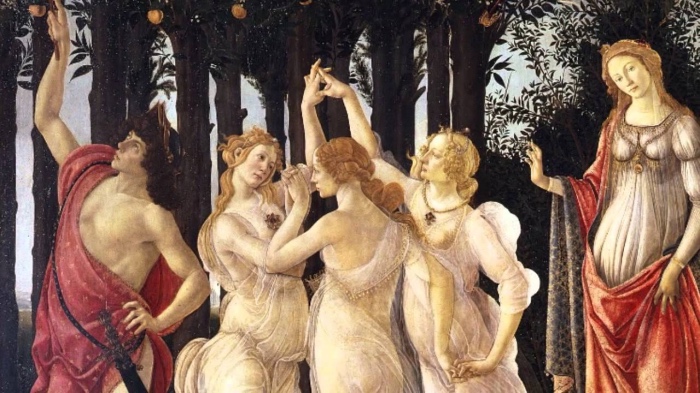 The meaning of Botticelli’s Primavera is still a mystery.
In fact, it’s a work which can be read according to different levels of interpretation: mythological, philosophical and historical.

Botticelli’s precision in portraying many species of flowers and plants (190 types of different plants!) hides a complex symbolism and connected to marriage. In fact, the blue cornflowers on Flora’s head can refer to a beloved woman, while the orange blossoms on the trees are the symbol of marriage.
For this reason scholars have hypothesized that the painting was painted to celebrate the marriagebetween Lorenzo di Pierfrancesco de’ Medici and Semiramide Appiani.

The Three Graces, instead, might represent the three aspect of Love, according to Neoplatonic philosophy: Chastity, Beauty and Pleasure.
According to another hypothesis, the painting is a calendar of the months of spring and summer.
Zephyr would represent February and Mercury would be September, in the middle a triumph of the best months of the year and the celebration of an everlasting spring.

This masterpiece, which is one of the symbols of the Renaissance, has been variously interpreted.
Which interpretation does persuade you more? And which meaning would you attribute to the painting? 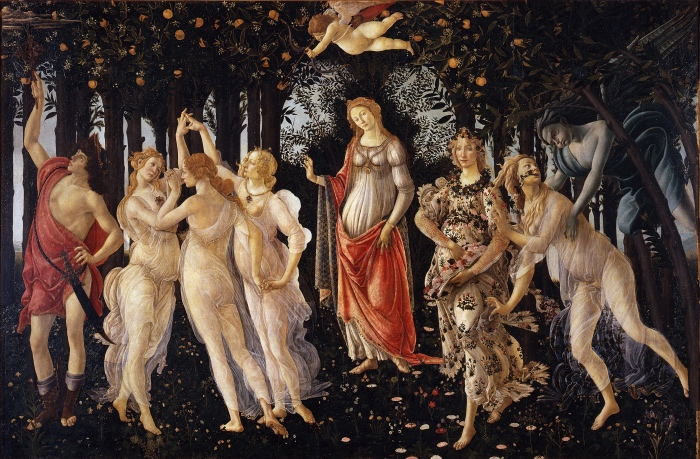 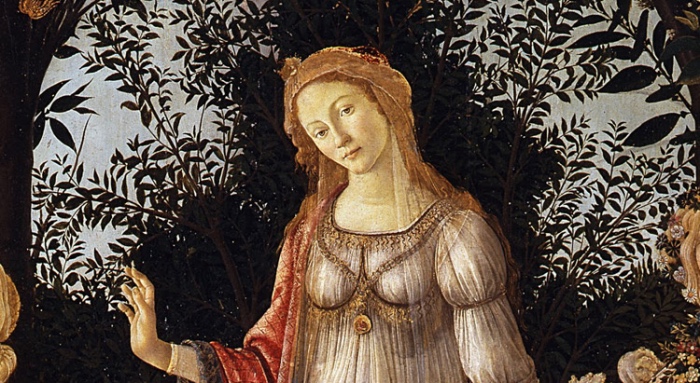