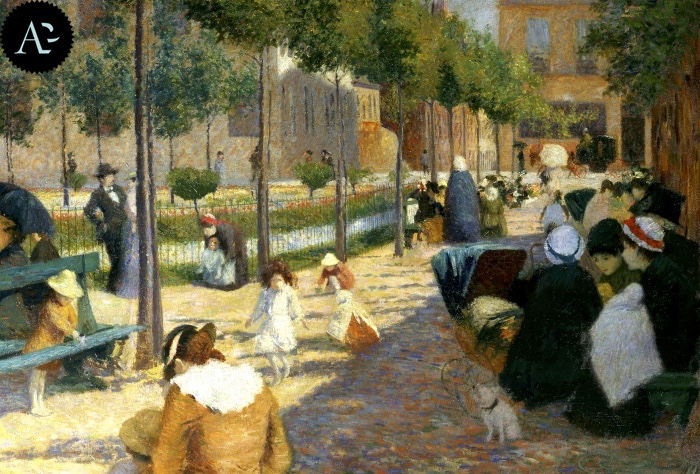 FEDERICO ZANDOMENEGHI: IMPRESSIONISM OF ONE OF LES ITALIENS DE PARIS

Federico Zandomeneghi. I arrived in Padua on Sunday morning, when the city was slowly waking up.
From the railway station I headed for Palazzo Zabarella, and I had only the time to make some videos which I immediately published on Instagram stories, then I ended up in front of the entrance of the exhibition “L’Impressionismo di Zandomeneghi” (“Zandomeneghi’s Impressionism”). 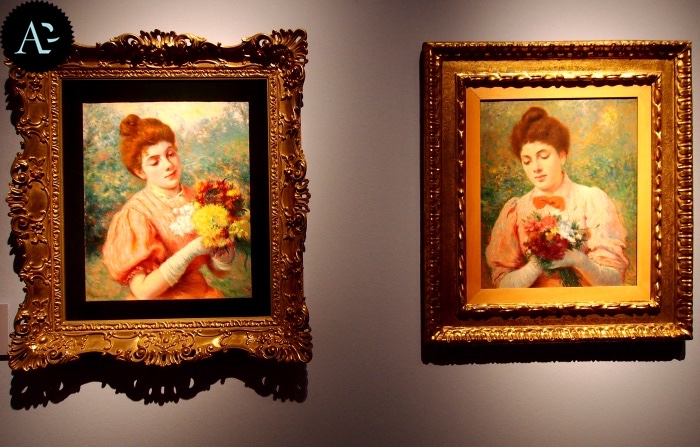 READ ALSO: The museum of Precinema in Padua. Dreams and visions before the inventions of cinema.

Frankly, I don’t usually get up early to visit an art exhibition, I rather prefer to see it in the afternoon, when I’m more responsive, but I received the invitation to visit this exhibition directly from the Fondazione Bano, which organized a special event to illustrate the show to a group of bloggers.

I met immediately some friends, and new bloggers with whom I shared this visit.
I noticed at once that this exhibition is special, like all the shows the Fondazione Bano has arranged over the last few years.

The exhibition is a journey through the life and the works by Federico Zandomeneghi.
READ ALSO: Exhibition Zandomeneghi in Padua: Preview.

On display 100 works coming from the most important public and private institutions, which describe the artistic career of a painter who celebrated women of the Belle Époque and, at the same time, interpreted the novelty of Impressionism.
This exhibition was inaugurated some months before the 100th anniversary of the death of Federico Zandomeneghi (Venice, June 2nd 1841- Paris, December 31st 1917).

The tour of the exhibition, which features spectacular paintings, recalls the artist’s stay in Paris, where he arrived in 1874, and where he would spend the rest of his life, without coming back to Italy.
Federico Zandomeneghi became the protagonist of the art scene; he met Degas and Renoir, and the group of the Impressionists, taking part in their collective exhibitions.
That confirmed the importance of this Italian artist in Paris, who was a member of the triad of les Italiens de Paris together with Boldini and de Nittis.
Federico Zandomeneghi better expressed his talent on the international art scene representing the allure of boulevards, Parisian life at that time, cafés and theatres.

Among the paintings I liked the most, and I suggest that you should admire carefully, there’s “Place d’Anvers” (1880), a cityscape displayed in the sixth collective exhibition of the Impressionists in 1881.
Then, there is the unusual viewpoint of one of the most famous nightclubs at that time, “Le Moulin de la Galette”. Eventually, all the women portrayed by Federico Zandomeneghi and surprised in intimate poses, such as in “La Toilette”, “Il ricciolo” (“The curl”), “Il risveglio” (“The waking up”), “Il giubbetto rosso” (“The red jacket”), “Allo specchio” (“At the mirror”), and “Colloquio a tavolino” (“Chat on the table”).

The masterpiece on display is “La Terrasse”, which resembles the open-air scenes painted by Renoir, and draws inspiration from Degas, as well. 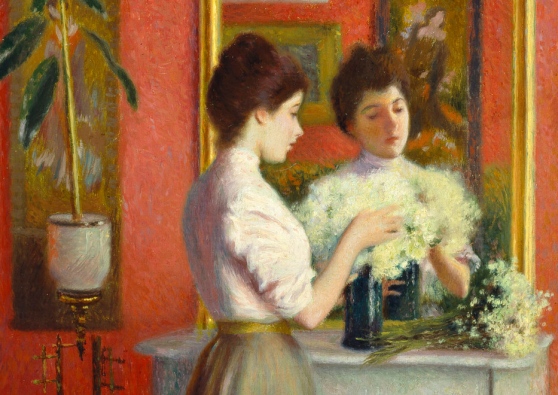 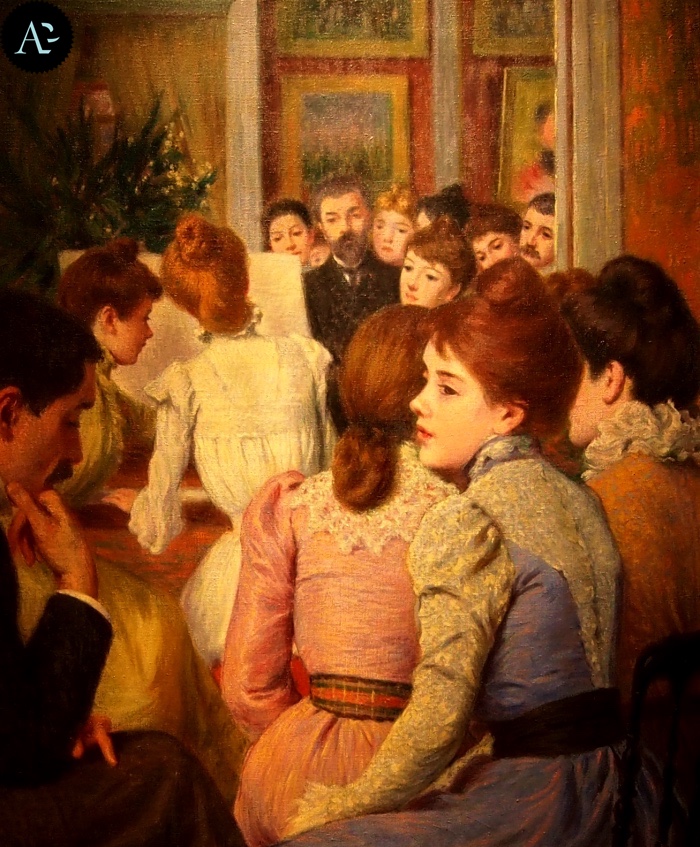 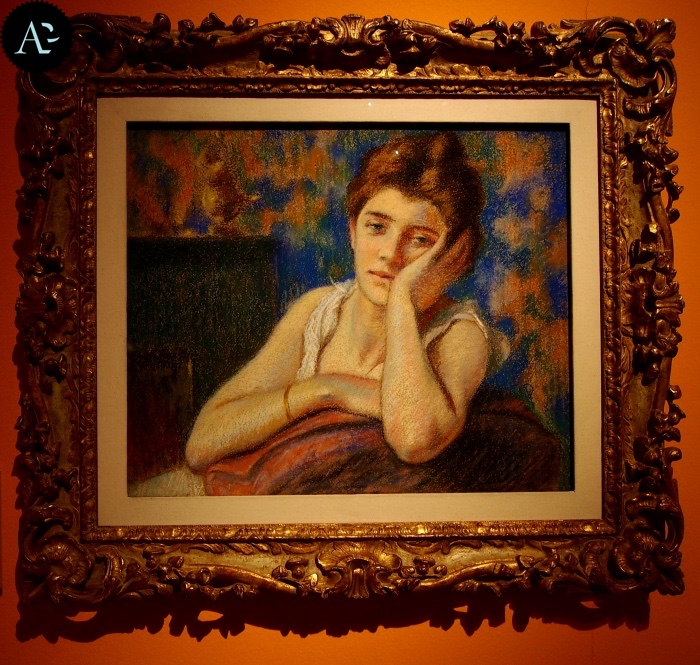 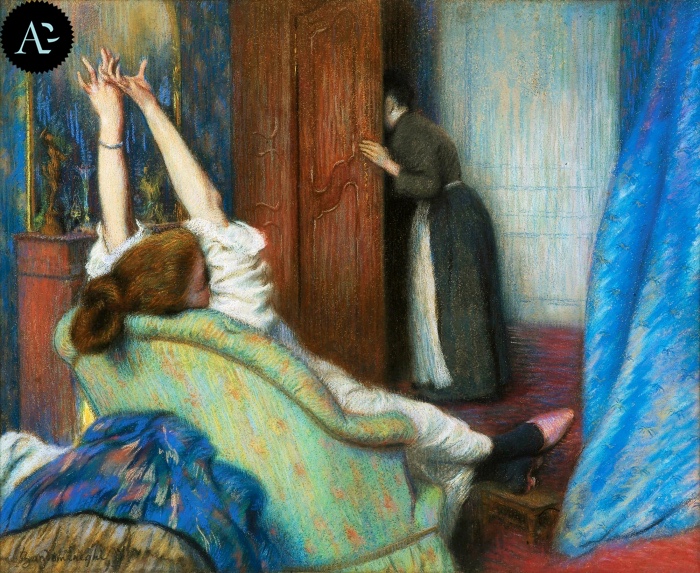 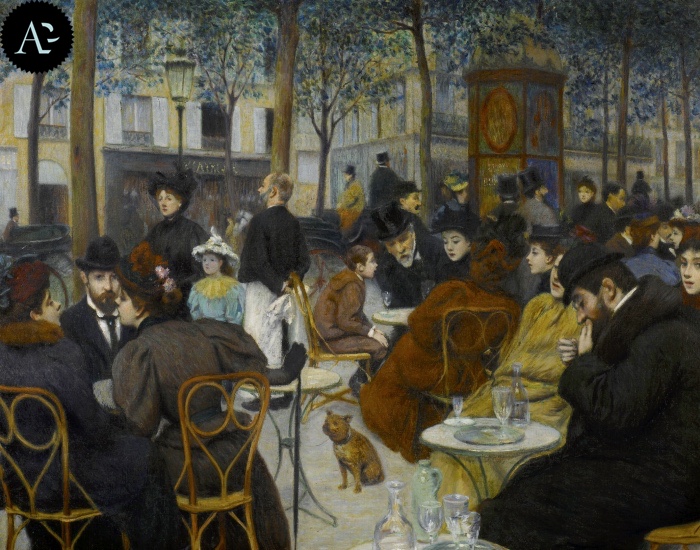