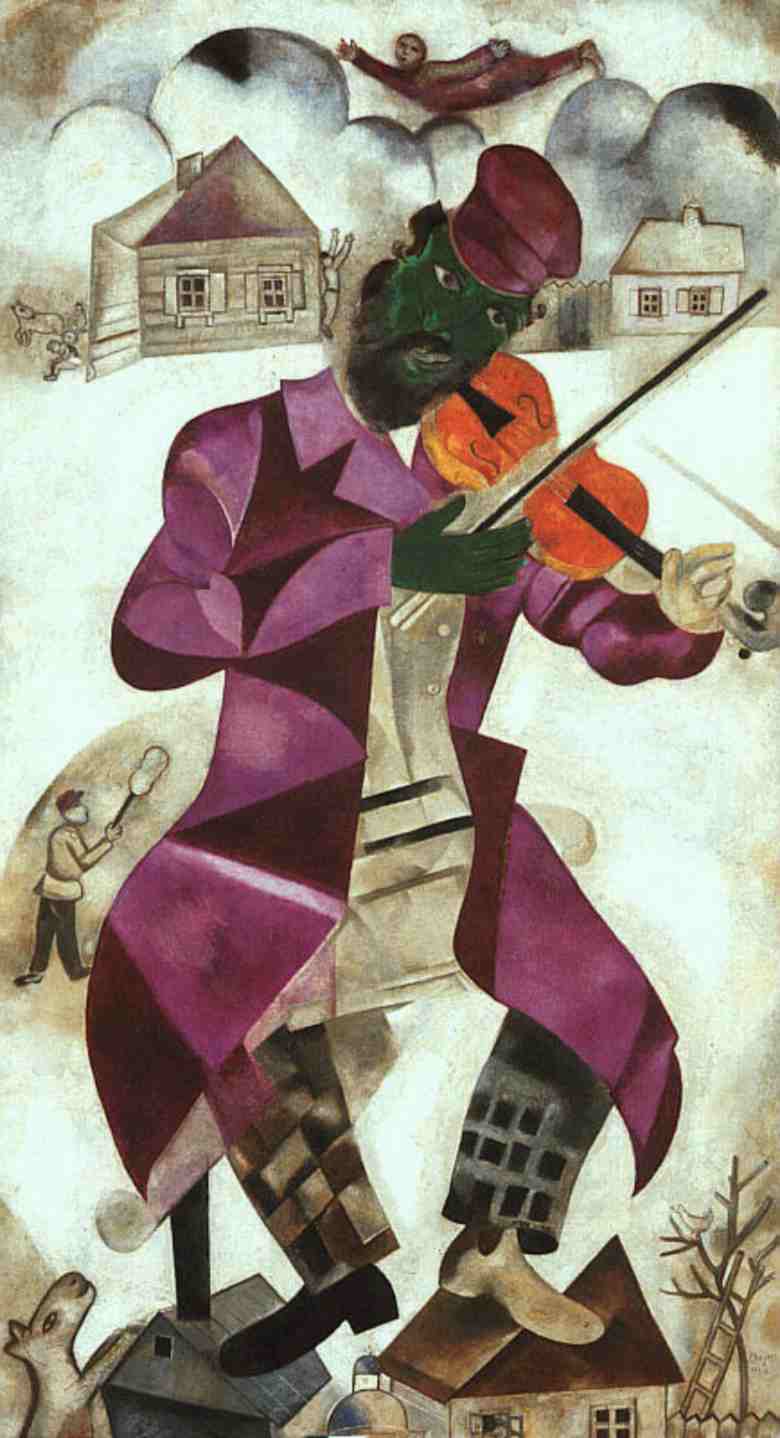 Green Violinist by Chagall was painted in 1923, and evokes another famous violinist painted by the artist to decorate the interior of the Moscow State Jewish Theatre.
It wasn’t the first time the artist painted this subject. Throughout Chagall’s long artistic career, in fact, you can identify a series of paintings dedicated to the subject matter of the violinist containing family anecdotes about his grandfather, uncle and his passion for musicians.

In this post you’ll discover an evocative and magical figure of Chagall’s art. 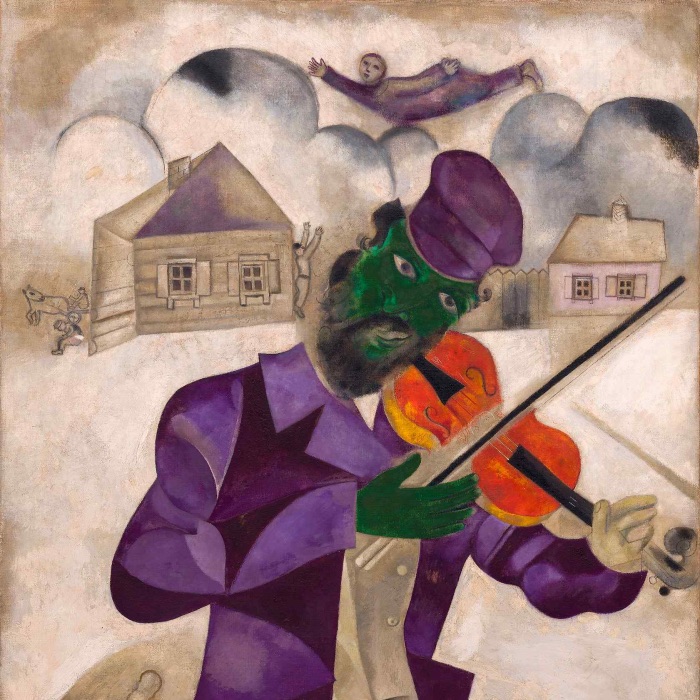 Starting from 1911 Chagall began express his nostalgia and memories by painting works that today are considered masterpieces.
Among his favourite subjects is the Violinist.

DESCRIPTION OF GREEN VIOLINIST BY CHAGALL

When, in 1920, Chagall was commissioned to decorate the interior of the Moscow State Jewish Theatre he decided to create a series of panels, including also the theme of Music.

Chagall chose the violinist to represent the music. He depicted him while suspended in the air, with a dark green face and a dark green hand holding the bow, and in the background you can see a landscape that seems to exit a dream.
Green Violinist by Chagall has a black beard, black hair and black eyes; his head is leaning and he’s wearing a purple coat and trousers with geometrical patterns and shoes of different colours.

The violinist of the Moscow State Jewish Theatre is almost identical to the 1923 Green Violinist by Chagall, which is part of the collection of works of the Guggenheim Museum in New York. In addition, it has many similarities with traditional prints used to illustrate fairy tales or advertising signs.

In this painting Chagall portrays a violinist, who by his very nature has an unstable life and immersed in the dream. An artist whose homeland is the world, exactly like the Jews, and that through music brings solace and happiness to men.

Green Violinist by Chagall carries many meanings.
There’s the magical element, the imaginary one, the power of music.

In 1923 Chagall developed an interest in theatre, and he was fascinated especially by characters created by Aleichem, the American writer of Jewish-Ukrainian origin who wrote, between the late 19th century and the early 20th century, stories and humorous tales in Yiddish and in Hebrew.

Houses of the landscape are those typical of Vitebsk, Chagall’s native city, while bright colours, flying men and animals, and proportions make us understand that we’re in front of an allegory that expresses the artist’s relentless pursuit of fairy tale. 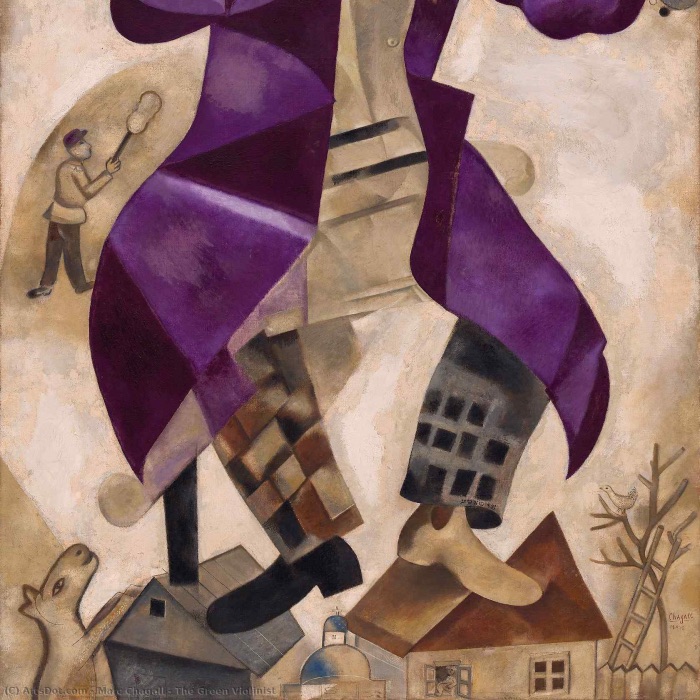