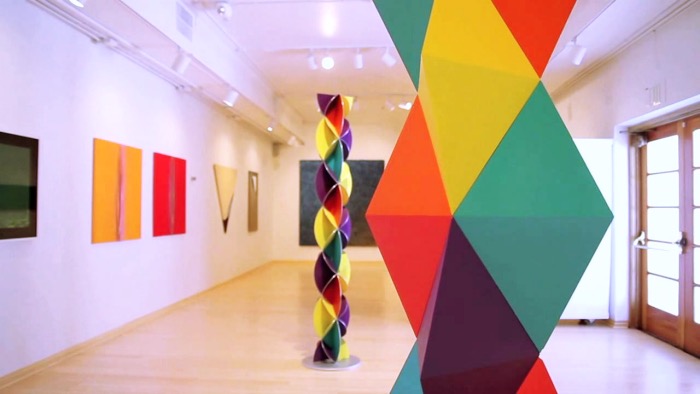 Jorrit Tornquist was born in 1938 in Graz (Austria), where he studied Biology at the University in 1956 and Architecture at the Technical University in 1958. His works and his work have made him one of the leading experts on colour today.

In this post I will tell you about his life and show you his work. 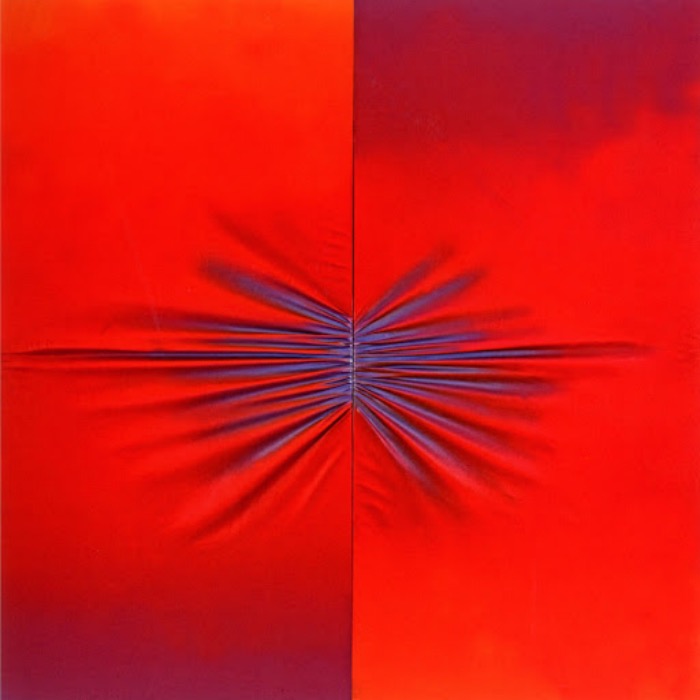 Jorrit Tornquist‘s artistic research began in the late 1950s and consisted of an in-depth study of colour, both in relation to light and the surface of the painting, and in relation to its potential to interact with the environment, especially in the field of architecture.

His approach to painting is scientific: research that focuses not only on the perception of colour as light, but also on its functions in nature and its psychological effects on man.
Jorrit Tornquist’s work is therefore an investigation into the perception and use of colour in architecture and design. His colour projects for architecture include the Expo Bridge, the ASM waste-to-energy plant in Brescia, the thermoelectric power station on the Mincio, the “Violino” complex for the La Famiglia cooperative in Brescia, the Milan South water purification plant, the Fondazione Macchi hospital in Varese (interiors), the Niguarda hospital redevelopment project (south block), the nursery for the JRC in Ispra, the Lafarge cement plant in Tavernola (BS).

However, Jorrit Tornquist’s work is not limited to works but also to the creation of publications that explore the approach to colour from both a theoretical and a technical-practical point of view.

Since 1959 he has dedicated himself exclusively to researching colour from a scientific point of view, and from 1965 onwards important galleries organised a series of exhibitions to make his work known in many Italian cities including Milan, Venice, Genoa, Turin, Livorno, Rome, Florence, and in some foreign cities including Brussels, Frankfurt, Zurich, Vienna, Berlin, Budapest and Tokyo.

Jorrit Tornquist has exhibited in prestigious public spaces such as the Palazzo Reale in Milan, the Public Eye in Hamburg, the Museum of Drawers and the Mc Crony Collection in New York, the Museo Soto in Ciudad in Venezuela, the Museum of Modern Art in Eilat in Israel, and in Zagreb, Barcelona and Zurich.
In 1966 he joined the Forum Stadtpark in Graz and created his first public “colour project”, followed by many others in the following years in Italy and abroad.
In 1967 he founded the group “Austria-Ricerche su griglie di impulsi” in Graz and in 1972 “Team-colore” in Milan.

The 1970s were years of great commitment for Jorrit Tornquist.
Since 1975 he has participated in numerous conferences including: Public Art in Graz, Urban Design in Stresa, Colouring the Upper Town in Bergamo, Abitare in Bologna, Art & Industry in Vienna, Triennale in Milan. In 1973 he joined the “Colour-Center” in Tokyo, in 1977 the “Surya” group in Milan and in 1995 he created the “Color & Surface” group which is active in Barcelona, Milan and Vienna for public and private “colour-projects”.

The consecration of Jorrit Tornquist came in 1986, when the artist was invited to the XLII International Biennale di Venezia in the section “Art, Science and Colour” with Veronesi, Le Parc, Munari, Vasarely, Max Bill, Loshe, Albers, Gerstner and Fontana.

Since the 1990s Jorrit Tornquist has combined his artistic production with a rich series of collaborations and participations in various cultural institutions.
In 1994 he was one of the ten international artists invited to the “Big and Great” exhibition at Palazzo Martinengo in Brescia. In 1995 he was a member of the Scientific Committee of the Milan Polytechnic. In 1997 he took part in the exhibition “Le Geometrie dell’Universo” at the Convento dell’Annunciata in Rovato, Franciacorta. In 1998 he was director of the Scientific Committee of the Istituto del Colore in Milan. In 1999 he held an anthological exhibition at the Sertoli Salis Museum in Sondrio and an exhibition of large-scale works at the Gazoldo degli Ippoliti Museum in Mantua. In 2000 he took part in the Cultural Space of the Art Fair in Montichiari (Brescia) and, in 2001, in the “Start-up” in Cologno (Brescia). In 2007 he was invited to the “Stemperando” Biennial, held at the Galleria Civica d’Arte Moderna in Spoleto, curated by Giovanna Barbaro.

Nowadays, Jorrit Tornquist’s works increasingly appear in exhibitions that explore artistic paths similar to his own, such as the exhibition The Vibrations of Colour with works by Rotta Loria and Torquist together. 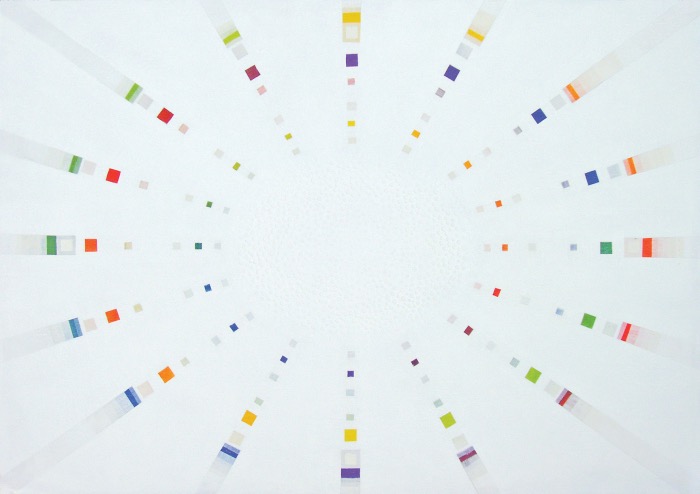 In 1967 the Wittmann Prize in Vienna, in 1968 for his involvement in Eurodomus in Turin, in 1970 the Trigon Architecture 2000 Prize, in 1972 the Prize for Colour at the Furniture Fair in Monza.
His most recent urban projects include: the new ASM waste-to-energy plant in Brescia, the Garda purification plant in Peschiera, the former Italcementi plant in Tavernola on Lake Iseo, and the colouring of the Galleria Tito Speri in Brescia.

THE LINK BETWEEN THE WORKS OF JORRIT TORNQUIST AND KINETIC ART

The artistic movement to which Jorrit Tornquist’s works and artistic research can be traced is Kinetic Art, which, together with Op Art, stems from a number of artists’ innovative study of the mechanisms that regulate vision and optical phenomena.
These artists, looking at Marcel Duchamp, Futurism and Bruno Munari’s research, start to create works that involve the viewer visually and psychologically. The aim is to transform art into experience.

Also important is the desire of the new artists to work in groups, which sees the birth of groups that try to overcome the individualism of the figure of the artist.
In Italy, for example, the experience of Azimuth, a gallery and magazine run by Piero Manzoni and Enrico Castellani, was important. It paved the way for the experiments of Kinetic Art and became established all over the world: Gruppo T in Milan, Gruppo N in Padua, GRAV in Paris, Gruppo Zero in Düsseldorf, while in the United States the trend took the name Optical Art or Op-Art (as opposed to Pop-art, which dominated the scene in the 1960s). 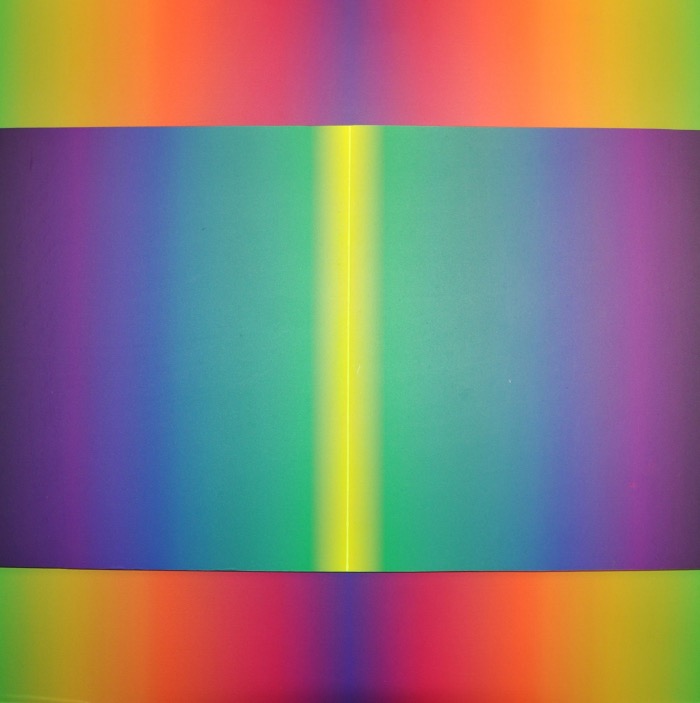