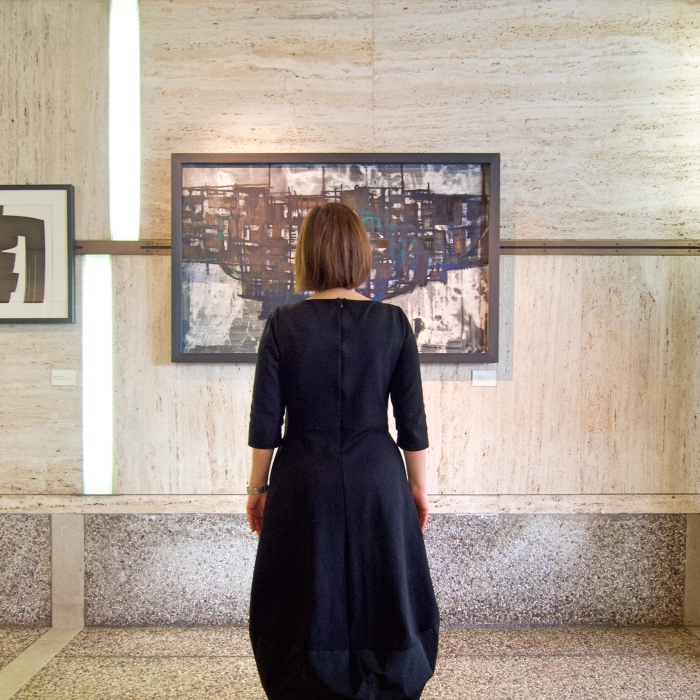 LUIGI PERICLE: A REDISCOVERED ARTIST AND A NEW CHAPTER IN HISTORY OF ART TO BE WRITTEN

The story of Luigi Pericle is the story of a forgotten artist, whose works have been discovered by chance and are contributing to the start of a new chapter in history of art.

The first international retrospective exhibition of Luigi Pericle is taking place in Venice and is entitled “Beyond the visible”.
It’s the first leg of a large project aimed at promoting a leading figure of the European painting scenario in the second half of the 20th century, who, at some point in his life, chose to retire from the art world and now, at last, is emerging from oblivion.

Story of a rediscovered artist 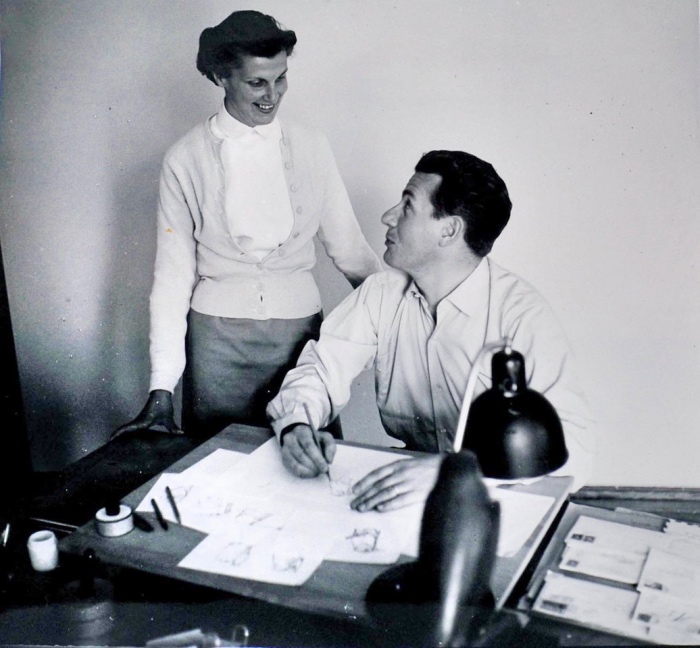 Luigi Pericle and his wife Orsolina

WHO LUIGI PERICLE IS

Luigi Pericle is an atypical figure of the art scene in the second half of the 20th century.
Born in Basel in 1916, to an Italian father and French mother, was a painter, an illustrator and an intellectual who escapes classification.
His works entered the European art circuit in the 1960s thanks to the support of Martin Summers, art gallery owner and curator at the Arthur Tooth & Sons Gallery in London, but also thanks to the admiration of collectors and art critics, such as Sir Herbert Read, co-founder of the Institute of Contemporary Art of London.
The artist achieved success also as a cartoonist when he invented in 1951 “Max”, the marmot protagonist of the homonymous cartoon without text and destined to become famous in Europe, in the USA and in Japan.

After many successes, at the end of the 1970s, Pericle decided to leave the art world and exhibitions to dedicate himself to his own artistic research, free from any obligation and from a lifestyle made up of social events.
Therefore, the former life of Luigi Pericle spent among exhibitions and important art galleries turned into isolation characterized by an intense artistic, literary, astrological, philosophical and theosophical production.

His house, which remained close for 15 years after his death, has preserved the memory of an artist and his works, but also an immense library, notebooks brimful of quotes and Japanese ideograms, astronomical symbols, homeopathic combinations and an autobiographical novel retracing his life and his artistic and spiritual journey. 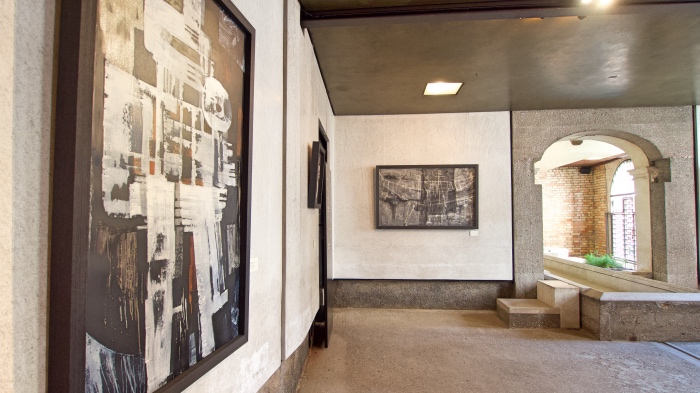 The first retrospective exhibition dedicated to Luigi Pericle in Venice

THE REDISCOVERY OF LUIGI PERICLE

“The real voyage discovery consists not in seeking new landscapes, but in having new eyes” – Marcel Proust

It’s with this quote that curator Chiara Gatti presented the first world’s retrospective exhibition dedicated to Luigi Pericle at the Fondazione Querini Stampalia of Venice. This sentence perfectly describes what happened when Andrea e Greta Biasca-Caroni saw what the house they had just purchased held.
When he’s works emerged from the rooms and cellars of his house in Ascona, in Switzerland, it was essential that the eyes of who found this art treasure were able to recognize it, and understood which story hid behind those works.

When I saw Pericle’s works and I found out his story I couldn’t help but think about the fascination for spirituality that characterized early 20th-century avant-gardes.
The book “Concerning the spiritual in art” written by Kandinsky is the most famous example of this close relationship among art, philosophy and spirituality, in which the artist is intended  to be a prophet of an art which is the expression of the intangible world of inner reality.

Luigi Pericle was born six years after the publication of Kandinsky’s book, and in a sense, he is the proof that a philosophical and deeply spiritual thought never left the art world.

He was influenced by theosophy and esoteric doctrines, alchemy and Eastern cultures, and his home, therefore, was maybe the last bastion of a very deeply spiritual art, which spanned the entire 20th century and talked to spectators’ souls by opening the doors to emotions.
The rediscovery of this artist has just begun and I am certain that works and writings of this artist, which await careful study, will hold many surprises and new discoveries. 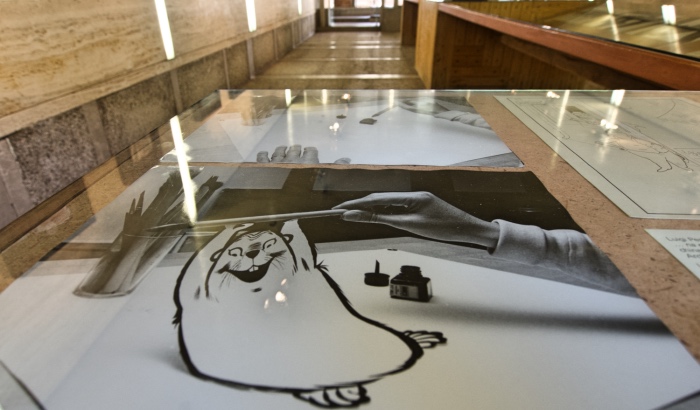 The Fondazione Querini Stampalia of Venice hosts the first retrospective exhibition of the artist Luigi Pericle (Basel 1916-Ascona 2001).
The title of the exhibition is “Beyond the visible” and takes place on the occasion of the 58th Venice Art Biennale: 11 May – 24 November 2019.

The exhibition is a project promoted by the Archivio Luigi Pericle.
Edited by Chiara Gatti, with the collaboration of Luca Bochicchio, Marco Pasi and Michele Tavola.
Catalog – Luigi Pericle. Beyond the visible (Venice, 11 may-24 november 2019) 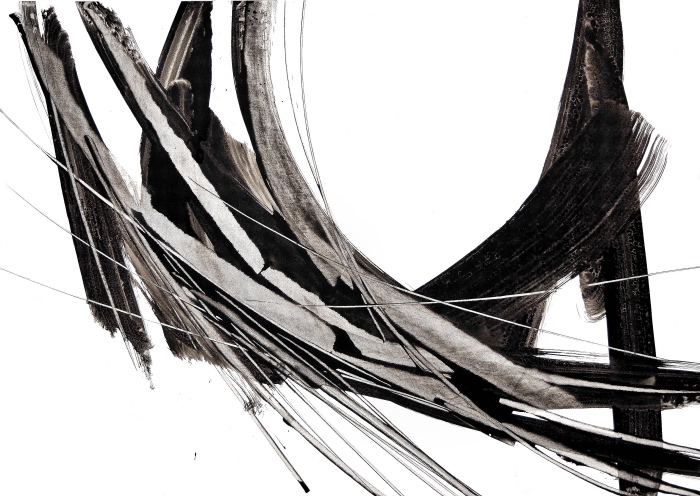 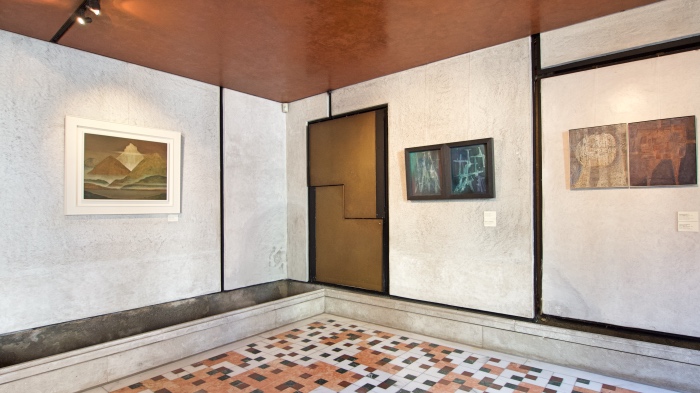 Luigi Pericle on exhibition at the Fondazione Querini Stampalia in Venice 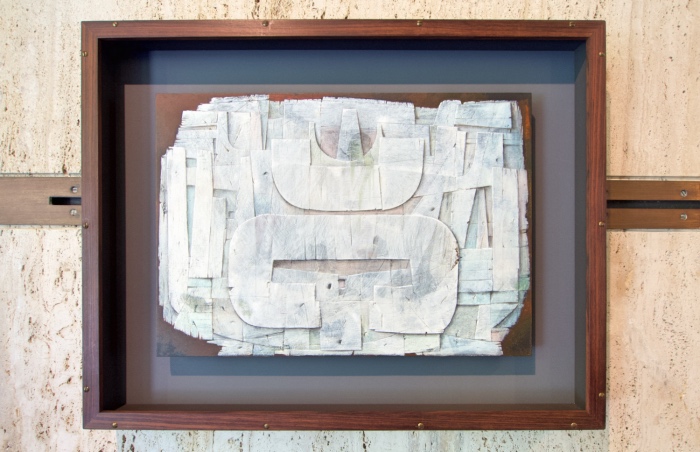 Work on masonite by Luigi Pericle 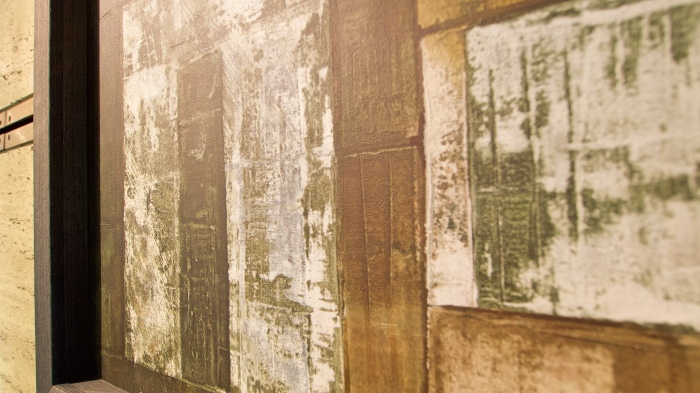 A detail from a work by Luigi Pericle

READ ALSO – Biennale Arte 2019 what to see: the Pavillions and the exhibitions