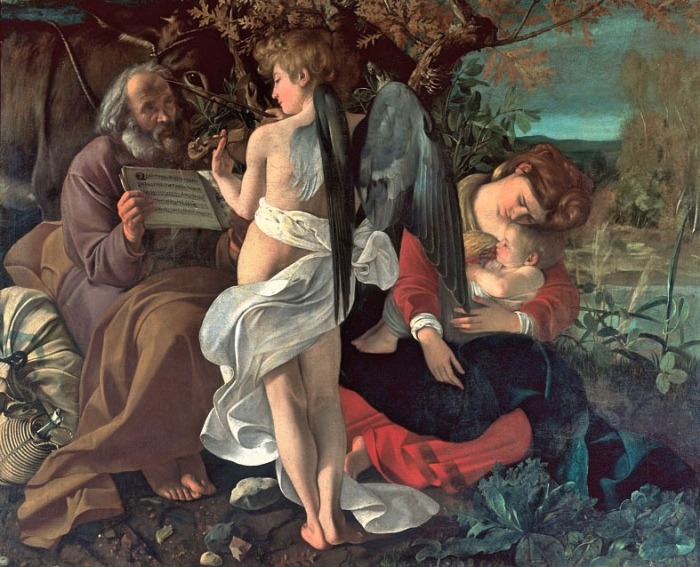 REST ON THE FLIGHT INTO EGYPT BY CARAVAGGIO

When was the painting Rest on the Flight into Egypt by Caravaggio made and who commissioned it?
It’s certainly one of my favourite works by Michelangelo Merisi and I think that you should admire it at least once in your lifetime, because it’s one of the greatest art masterpieces.

In this post you’ll find the description and some curious facts about Caravaggio’s painting.

Rest on the Flight into Egypt 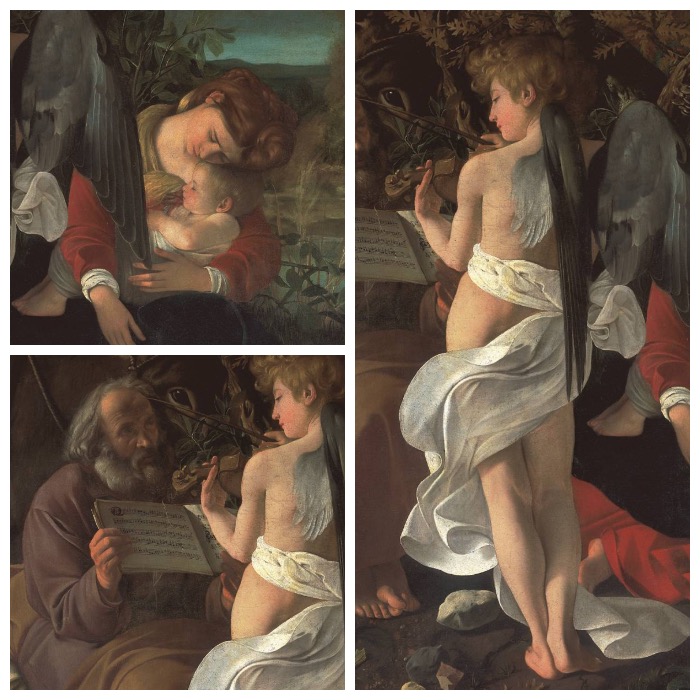 REST ON THE FLIGHT INTO EGYPT: DESCRIPTION OF THE PAINTING

The Rest on the Flight into Egypt by Caravaggio dates back to 1597 and it contains several details that alone should be small masterpieces of Still Life.
The background of the scene, where an angel is playing a lullaby to the Christ Child cradled by Mary, is one of the very rare landscapes painted by Caravaggio.

However, it’s the angel who attracts the observer’s attention, an ethereal boy wearing light clothing revealing his body shape.

The Rest on the Flight into Egypt by Caravaggio is a precious testimony to Caravaggio’s early artistic production. In fact, in that period the artist painted without distancing himself from the traditional painting of his time, by preparing the support with a light colour on which he drew the composition.

In 1983 scholars identified the musical score painted by Caravaggio and held by Joseph for the angel. It reproduces a melody of the Flemish composer Noel Bauldewijn (1480-1529), inspired by the Song of the Songs. The original work is entitled “Quam pulchra es” (“How beautiful you are”) and was composed in 1519 and printed in Rome in 1526.

WHO DID COMMISSION THE PAINTING AND WHERE IS REST ON THE FLIGHT INTO EGYPT HOUSED TODAY?

According to Giulio Mancini, who 10 years after the death of Caravaggio wrote the story of the life of the artist, the Rest on the Flight into Egypt by Caravaggio was painted for Monsignor Fantino Petrignani.
Mancini reveals some interesting details about the client, who lived in Rome, in the Church of San Salvatore in Lauro and Caravaggio was staying with him, after leaving Cavalier d’Arpino’s studio, in 1594.

Not all scholars agree that Monsignor Fantino Petrignani commissioned Caravaggio the painting.
In fact, many believe that the painting was made for Girolamo Vittrice, who commissioned the artist another work: the Deposition on exhibition at the Vatican Museums. According to studies, after the death of Girolamo, the painting Rest on the Flight into Egypt was sold to Camillo Pamphilij, entering the museum collection.
The painting, in fact, is on display in the Doria Pamphilj Gallery in Rome.

CURIOUS FACTS ABOUT REST ON THE FLIGHT INTO EGYPT BY CARAVAGGIO

Rest on the Flight into Egypt by Caravaggio has recently undergone some laboratory analyses that have showed that the material used by Caravaggio is a Flanders canvas.  An unusual material that in the 16th century was usually used for tablecloths.

Maybe the artist was commissioned the work in a period of financial difficulties, so that he couldn’t afford to buy the canvas to paint on. So Caravaggio bought a cheap tablecloth to create this masterpiece. 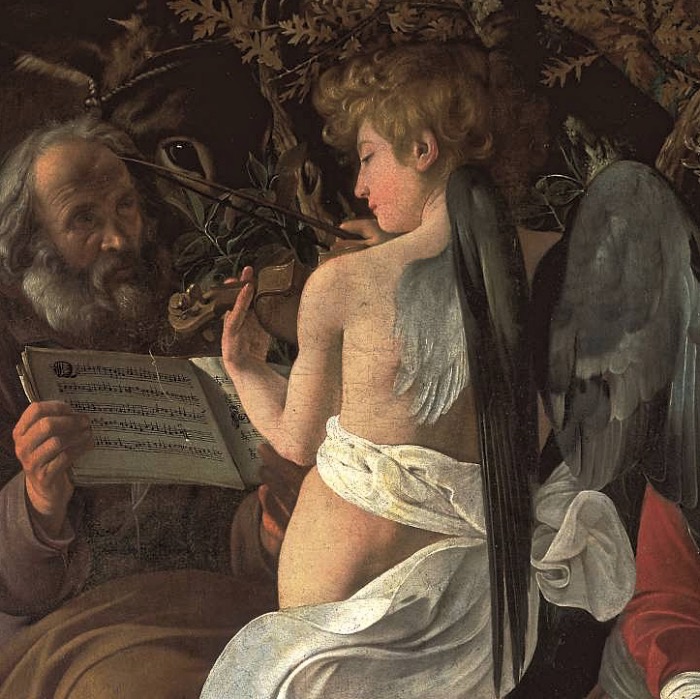 HOW TO VISIT DORIA PAMPHILJ GALLERY