LIFE AND WORKS OF SOFONISBA ANGUISSOLA, A RENAISSANCE ARTIST

Sofonisba Anguissola is one of the most important female painters of Italian Renaissance.
Born into a noble family, she took painting lessons, but also music, literature, foreign languages and philosophy lessons and, thanks to her well-rounded education, she could participate in the artistic life of the main Italian courts and establish relationships with the most famous artists of her time.
Her name appears in “The Lives” by Giorgio Vasari, and Michelangelo considered her a highly talented woman.

After telling you the life and works of female painter Catharina van Hemessen, in this post I’ll talk about the story of Sofonisba Anguissola.

Born in Cremona, in 1532, to a noble family, that guaranteed an education suitable for her social class to her, since she was very young Sofonisba Anguissola showed a remarkable talent for painting and studied with Bernardino Campi, a painter of the Lombard school.

The main architect of her success, after her talent, was without a doubt her father, who was certainly proud to have a daughter so gifted at painting, and he couldn’t help but support her. It was him, in fact, who wrote to Michelangelo and send him her daughter’s drawings, leaving the painter stunned.

Sofonisba was 23 years old when she painted, in 1555, her most famous painting “The Chess Game” (the artist’s sisters Lucia, Minerva and Europa are depicted while playing chess). It’s a beautiful representation of an everyday family scene, where the girl is caught while laughing, while the elder sister, on the left, is about to make her move.

SOFONISBA ANGUISSOLA AT THE SPANISH COURT

The fame of Sofonisba Anguissola’s talent went beyond Italian borders, and in 1559 King Philip II of Spain invited her to serve as a lady-in-waiting and art teacher to the Queen Elizabeth of Valois, who at the time was only 14 years old.
Sofonisba and Elizabeth became friends and when the Queen died, a few years later, the painter left the court grieved.

Under the agreement that brought Sofonisba Anguissola to Spain, once her role as a lady-in-waiting and art teacher finished, the artist was granted a marriage to a man of a social class appropriate for her.
So, Sofonisba married the Sicilian nobleman Fabricio Moncada and moved to Palermo.

When it seemed that Sofonisba had to spend her life permanently in Sicily, the fate decided differently for her.

Fabricio di Moncada, embarked on a ship, died on the coast of Capri due to a pirate attack and Sofonisba, become a widow, decided to move to Liguria. During her journey she fell in love with the Genoese nobleman Orazio Lomellino, who became her second husband.

Sofonisba moved to Genoa and kept in touch with the leading artists and intellectuals of that time.
Peter Paul Rubens visited her during his journey to Italy as well as Antoon van Dyck, who had substituted for her at the Spanish court as the official court portrait, met her and stated that he admired her paintings.

Sofonisba was a great artist and a good teacher, too and devoted all her life to pass down to others the painting techniques and her secrets, as well.
In fact, he was not only the teacher of the Queen of Spain, but over the years she also had pupils of both sexes.

Sofonisba Anguissola died on November 16th 1625 while she was in Palermo at the court of the Viceroy of Sicily Emanuele Filiberto of Savoy.
She was buried in the church of Saint George of the Genoeses in Palermo that still today hosts her tomb. 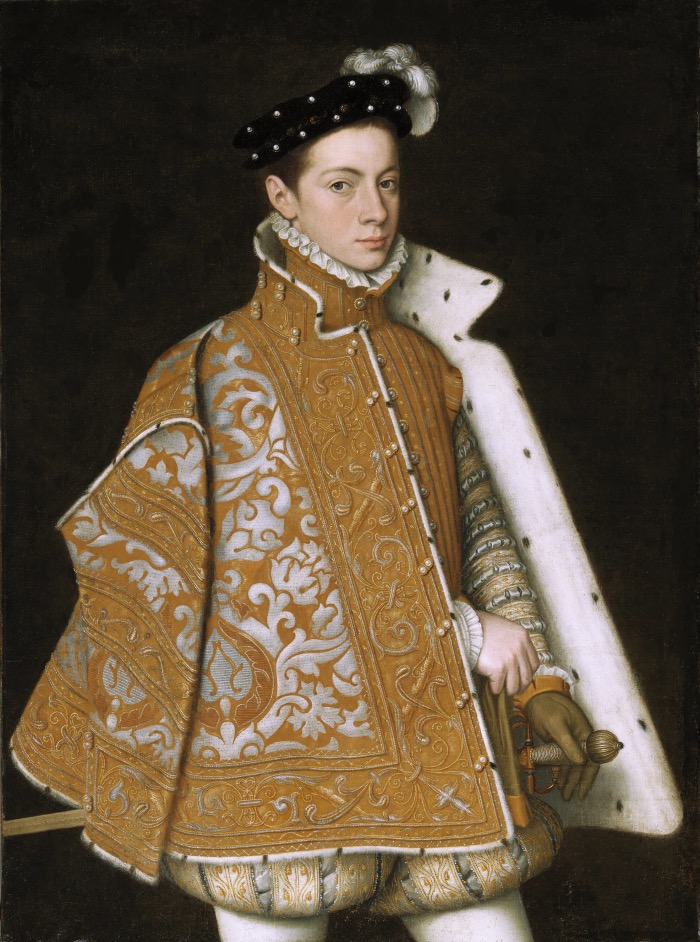