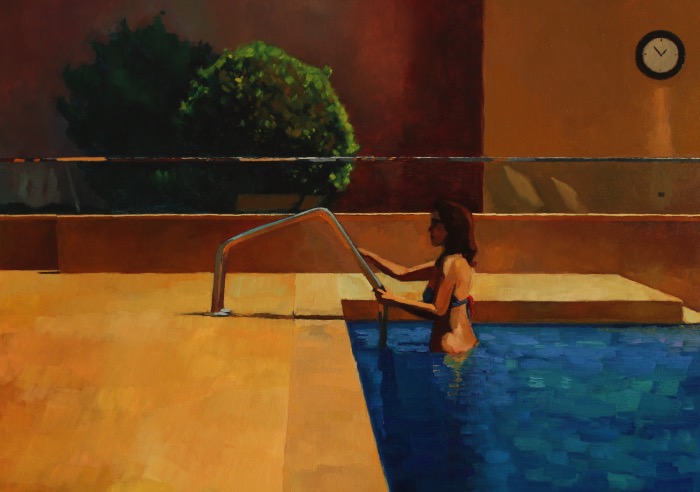 LONELINESS IN THE WORKS OF ISKRA SHAHAJ

The summer of Iskra Shahaj, Albanian by birth, Ferrarese by adoption and now living in Abu Dhabi, is influenced by the colours of the Mediterranean and the desert that develop her imagination and creativity.
In her works there is no narrative, it is a moment captured during the day and for this reason the paintings do not have a title but only a number that identifies them.

Her canvases have a recurring theme of solitude, understood as a moment of recollection with oneself.

The works of Iskra Shahaj 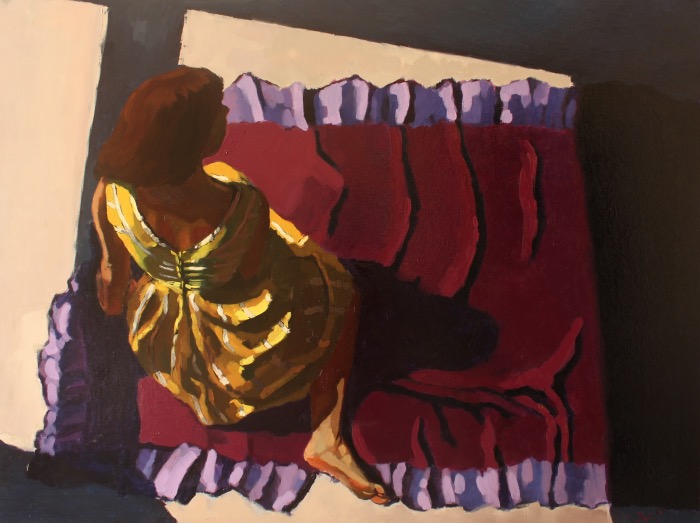 The protagonist of the scene in Iskra Shahaj’s works is always a woman, but her interest is mainly in the play of light and colour created in the folds of her clothes.

Iskra Shahaj was born in 1988 in Vlore (Albania).
Her attraction for art began at an early age, when the magic and colours of the Mediterranean developed her imagination and creativity.
She attended art school in the city of Vlore and in 2006 moved to Italy, to Ferrara. He obtained a degree in Cultural Heritage and Geological Sciences. She lives and works in Abu Dhabi.

Iskra Shahaj has always had a special interest in female figures, probably because her first impact with images, lines, shapes and colours was the figurines drawn by her mother, a dressmaker.
She looked and looked at the pictures and was so impressed that she started drawing from a very early age. From there her passion for painting was born.

In her works, there is reflection, expectation and introspection because, according to Iskra Shahaj, there is a correlation between the interiority of the space and the introspective gaze of the subject. 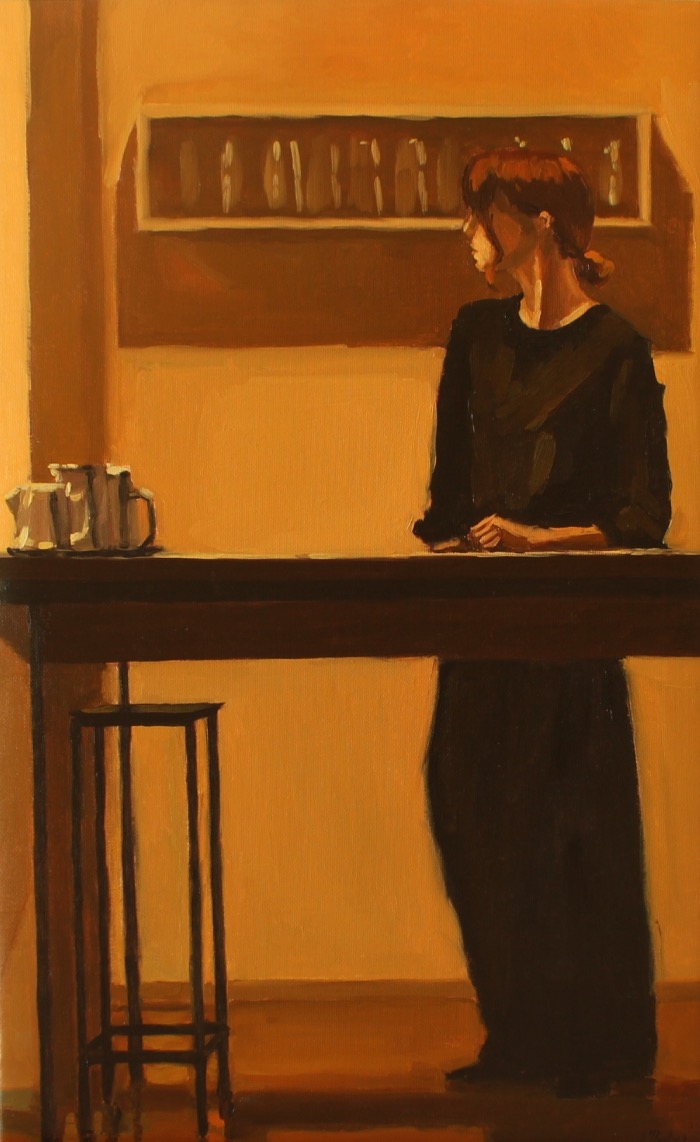 His works are on display in Milan in the group exhibition Wanderlust Summer.

Three artists, one theme, three ways of looking at summer trying to immortalise it before it flees and to steal a grain of it to fix on canvas before the melancholy of autumn arrives.