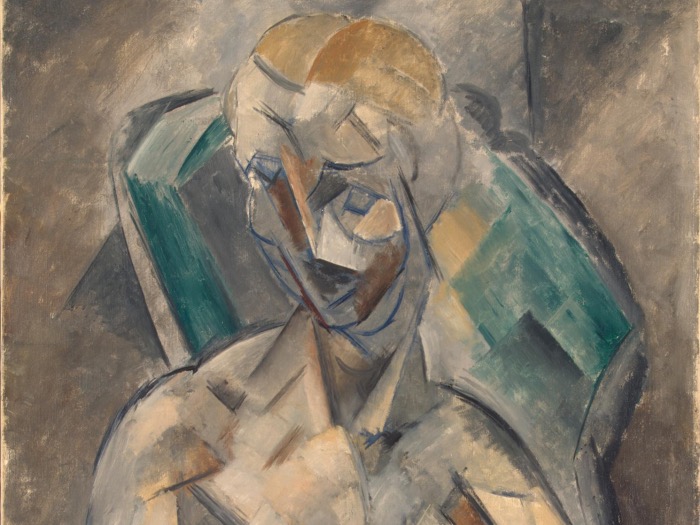 YOUNG WOMAN BY PICASSO: HISTORY AND CURIOSITIES OF A PAINTING

Young Woman by Picasso is a Cubist painting from 1909.
It belongs to Pablo Picasso’s most important works and is an example of the painter’s research in the phase of Analytical Cubism.

The painting has participated in international exhibitions and is coming to Italy, for the first time, thanks to an extraordinary exhibition event organised by Fondazione Alda Fendi – Esperimenti, giving me the opportunity to tell you the story about this masterpiece. 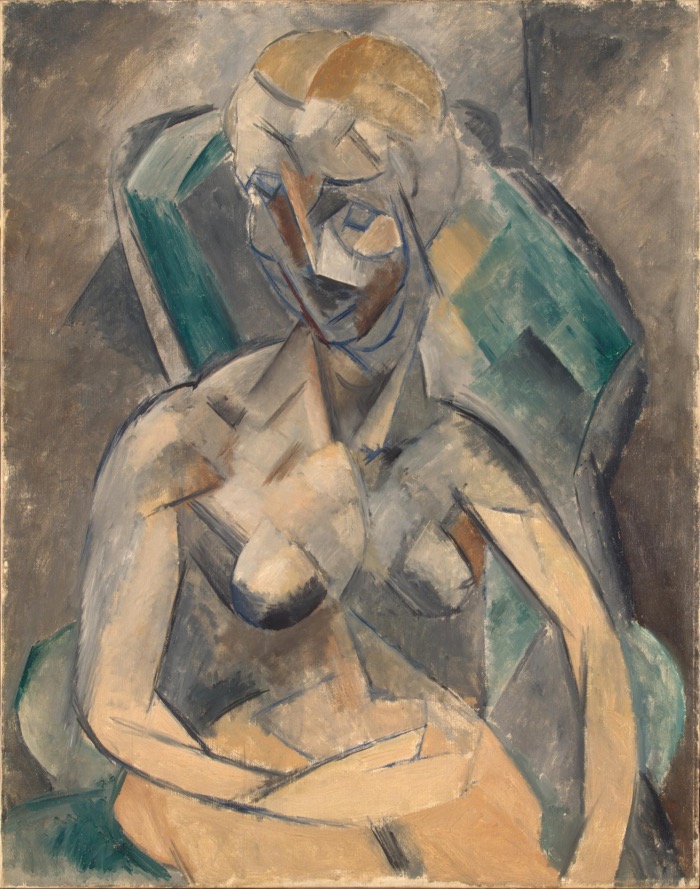 WHO IS PICASSO’S YOUNG WOMAN AND DESCRIPTION OF THE PAINTING

The model posing for Pablo Picasso is Fernanda Olivier, his lover for almost eight years.
The painting follows in the tradition of the salon portrait, from which the artist departed, however, painting the young woman as the idol of an unknown and mysterious cult.

Departing from the canonical representation of ideal beauty, Picasso’s young woman poses nude and is seated in a complexly shaped armchair, with a neutral, dark, abstract background behind her.
Her eyes are closed, she seems to be asleep or dreaming, and her head is slightly tilted.

The painting lacks a light source and the parts into which the woman’s body is broken up seem to be illuminated by an internal light.
The corporality described by Picasso is atypical and sculptural.

The extreme simplification of the form, which breaks down into multiple facets, is the essential component of a painting that gets rid of all secondary details, celebrating the triumph of drawing with lines that are sometimes straight and sometimes rounded. Picasso’s young woman seems to be a character destined to dissolve in the play of facets and light patches, merging as one with the background.

TO WHOM DID PICASSO’S YOUNG WOMAN BELONG

The painting belonged to Sergei Ščukin, a famous Moscow collector and dealer of French Modernist works, who bought it directly from Pablo Picasso.

The title Young Woman, like that of other Picasso paintings that also belonged to Ščukin, was given by the collector himself and reflects the taste of the time and the cautious way in which nudity was treated in the environment of Moscow dealers at the beginning of the 20th century.  Sergei Ščukin became acquainted with Picasso’s art in Paris, where the painter had moved to live in 1904, visiting Leo and Gertrude Stein‘s flat in the Rue Fleurus, which housed the most representative collection of the artist’s work to date.

It was Matisse who accompanied Ščukin to Picasso’s studio for the first time in 1908, where he was able to admire the work of the artist. Les demoiselles d’Avignon.
It took the collector a year to overcome his initial hesitancy, but when he bought his first Cubist work he was soon fascinated by this new painting, which he had not previously understood, to the extent that he wanted the entire series of Picasso canvases from 1908.

From 1909 onwards, Sergei Ščukin began to open his residence every Sunday to the Russian artistic intelligentsia, including young painters who might otherwise never have seen the epoch-making canvases in his collection.
This regular appointment was fundamental to the birth of the Russian avant-garde.

Requisitioned by the Soviet state due to the 1917 Revolution, all works from the Ščukin collection were nationalised and kept in storage for over thirty years, considered ‘decadent’.
In 1948, some of them were allocated to the Hermitage and only in the 1950s did they finally begin to be exhibited.

The Picasso collection of the State Hermitage Museum in St. Petersburg with its thirty-eight paintings (including some of the works collected by Ščukin) is rightly considered one of the most important in the world for its completeness and quality. 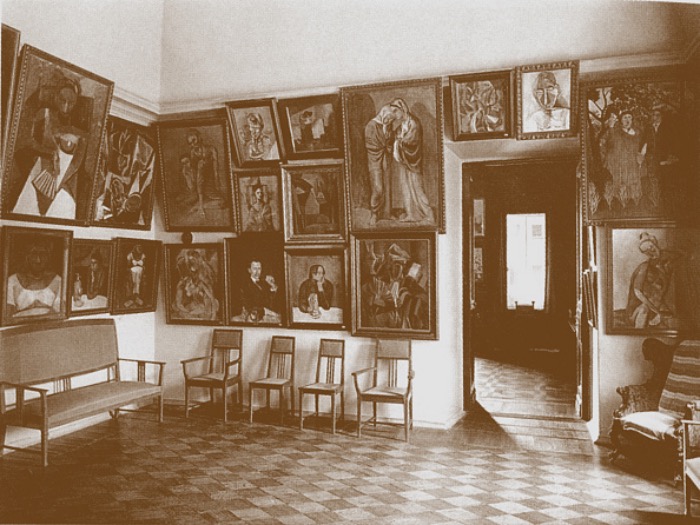 From 15 February 2022, the painting Young Woman by Picasso will be presented to the public in the exhibition spaces of rhinoceros gallery inside Palazzo rhinoceros, the cultural centre overlooking the Arch of Janus and designed by Jean Nouvel, the heart of the artistic and cultural experimentation of the Alda Fendi Foundation – Esperimenti.

After Michelangelo’s ‘The Adolescent’ and St Peter and St Paul’s ‘St Peter and St Paul’ by El Grecoa new masterpiece from the collections of the State Hermitage Museum in St. Petersburg, Russia, is on display in Rome thanks to the cultural patronage of the Alda Fendi Foundation.

The exhibition is open from Tuesday to Sunday from 11 a.m. to midnight.
Free entrance.
Reservation required rhinocerosroma.com

Raffaele Curi, who traces the artistic line of the Fendi Foundation, builds an immersive and multimedia experience around Picasso’s painting, in a path capable of mixing music, dance (from the Ballet Nacional de España to Erik Satie’s ballet Parade) and photographic memories of the painter’s life, also dedicating a focus in the exhibition to the relationship between the Spanish artist and the Italian actor Raf Vallone.

On show at the rhinoceros gallery is a rare photograph of the room in the Ščukin palace dedicated to Pablo Picasso in 1914, in which the work Young Woman is also visible: in a room of just 25 square metres with white walls and a domed ceiling, fifty-one works from the painter’s blue, pink and cubist periods were crowded together in several rows.