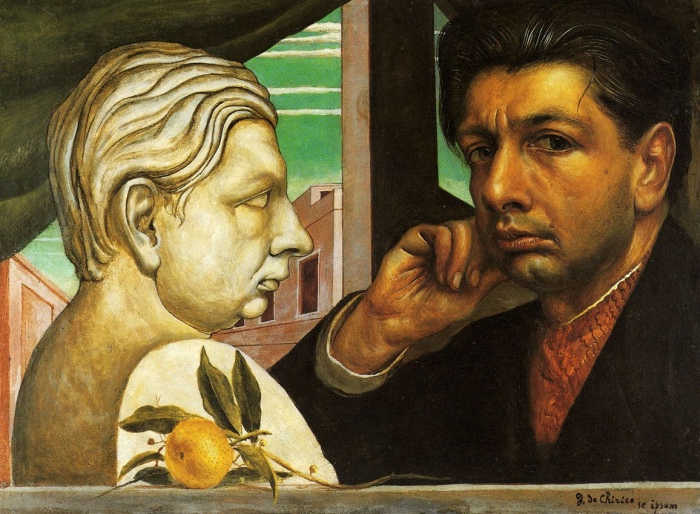 If you think of a painting by Giorgio de Chirico which is the first work that comes to your mind?
De Chirico’s painting universe is made up of deserted squares, marble busts recalling classical art, faceless mannequins and landscapes which make emerge only questions intended to be without answers.
In this post I’ll tell you the life of Giorgio de Chirico, the artist who was the leading figure of the Metaphysical art movement and the forerunner of Surrealism. 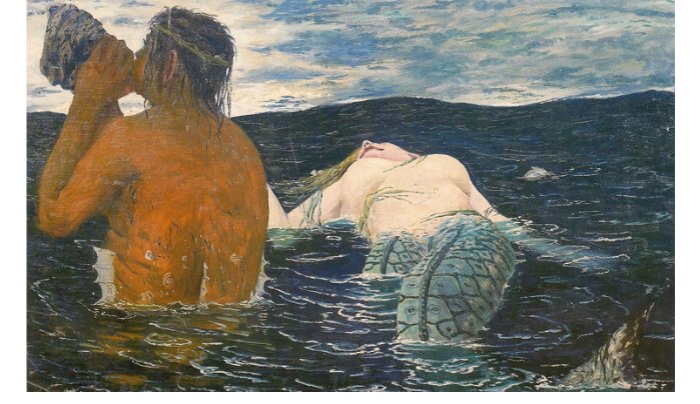 1. GIORGIO DE CHIRICO AND HIS RELATIONSHIP WITH GREECE

Son of an Italian railway engineer, Giorgio de Chirico was born in Greece in 1888, while his father was in charge of the construction of Greek railroads.
The artist always considered his birth in Greece a sign of destiny and for all his life he was attached to classical art and Greek mythology.

The years of de Chirico’s artistic training developed among Greece, Italy and Germany.
He was fascinated by Nietzsche’s philosophy and Böcklin’s painting, who both felt great nostalgia for classical world.
In 1910 Giorgio de Chirico was in Paris and met artists and intellectuals who were experimenting new forms of art. He met Guillaume Apollinaire and witnessed the development of Cubism.
However, de Chirico was always unrelated to avant-gardes and began to develop his own style. 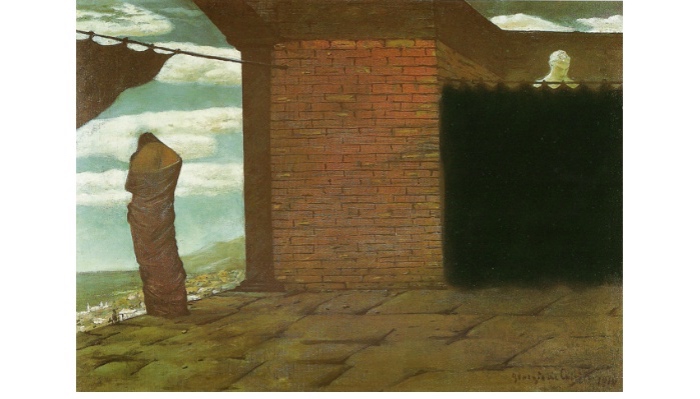 In 1916 de Chirico met in Ferrara de Pisis and Carrà with whom he developed the theory of Metaphysical painting, one of the most important artistic avant-gardes of the 20th century.
It’s a paintings aimed at describing an alternative reality and goes beyond what we can see. Therefore, the artist becomes an instrument to discover new aspects of the world which are not always evident to us.
The distinguishing features of Metaphysical painting are deserted squares, melancholy mannequins, sharp shadows, solitary statues, mysterious objects depicted out of context, which become the key to open a door towards inexplicable enigmas.

The experience of Metaphysical painting lasted some years and Giorgio de Chirico became interested in Surrealism, which contributes to influence with his unconventional representations, even though he would never identified himself completely with it.
Giorgio de Chirico never painted ironical subjects or dreams and unconscious. His works, instead, are full of nostalgia for classical world and mystery.

De Chirico’s artistic career was long and many times the artist re-elaborated the themes of the Metaphysical painting, even though the recovery of the past in the 1930s led him to a painting where mythological subjects, horses, still lifes and portraits predominate.
During the last decades of his life the artist dedicated himself also to engraving and stage design, and wrote theoretical essays, autobiography and novels.
De Chirico died in 1978 in Rome. 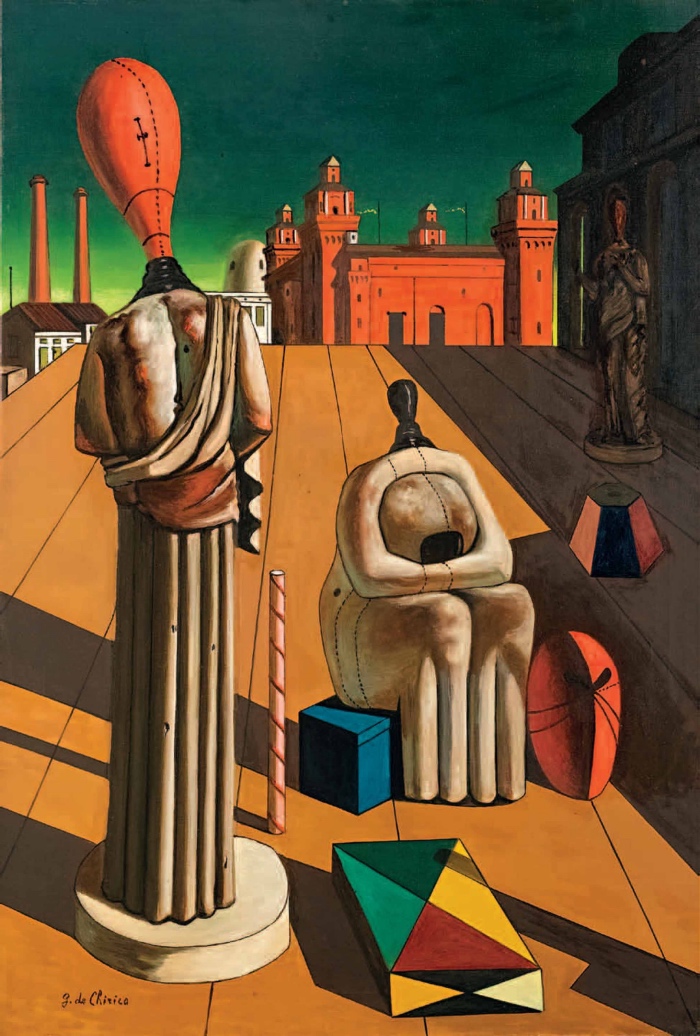