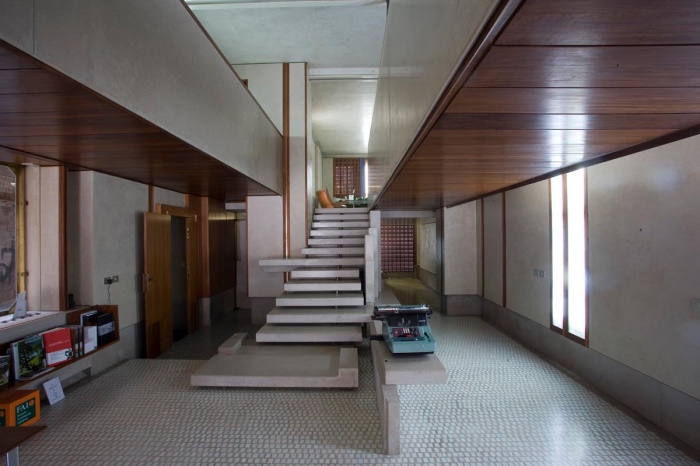 Water and light: symbols of Venice. This is the very reason we find them inside the Olivetti Showroom, a vintage dream in the historical heart of Piazza San Marco.

There’s a rare gem in the middle of Piazza San Marco in Venice, which deserves to get more attention. A true architectural beauty built in the Nineteenth Century that attracts thousands of visitors from all over the world, year after year.

It is the Olivetti Showroom, a space that showcases some of the iconic machineries and office tools that were designed and built by the renowned brand from Ivrea. Among them, “Lettera 22” is a special portable typewriter by Marcello Nizzoli, which is also exposed at the MOMA, in New York, pairing up with many other Olivetti cult devices.

A brief history of the Olivetti Showroom 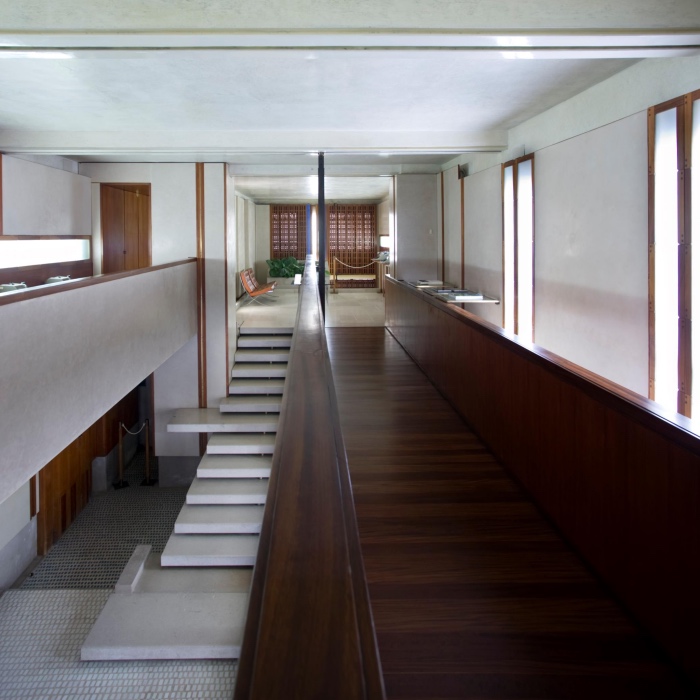 The history of Olivetti Showroom began in 1957, when Adriano Olivetti (founder of Ing. C. Olivetti & C, the first Italian typewriter industry) asked Carlo Scarpa, one of the greatest names in Italian architecture, to redesign a space under the covered walkways of Procuratie Vecchie in Piazza San Marco. Adriano’s aim was to build a place where he could sell his products, but that could also become a crossroads of lives and dreams.

The Olivetti Showroom tells the story of Adriano’s company: an industry that decided to put people before products and profit. Adriano Olivetti was also one of the finest humanists of his time: his personality is reflected in the beauty of this building, where Scarpa included the very heart of Venice. Light seeps in through the grand windows and water, a quintessential element of the city, appears to be part of the architecture thanks to the choice of hues and the clearness of the floorings, made with colourful glass.

A PLACE OF ART AND CULTURE

The most exquisite feature of the showroom would undoubtedly be the great Aurisina marble stairway, a building material typically found in Venetian architecture. Stepping on it feels like being suspended in mid-air, floating between one step and another, as if walking on water. Beyond the main entrance, the statue “Nudo al Sole” welcomes the visitors as they walk in the showroom. A slab of Belgian black marble reflects the mirror image of Alberto Viani’s statue on its water-like surface.

A permanent exposition of typewriters and computing machines dating back to 1958 is housed in the showroom. Every item on display here is connected by a fil rouge that can neither be missed, nor severed.

After several years of abandonment, in 2011 Generali Italia awarded FAI a grant to restore the Olivetti Showroom. Original architectural choices were kept into the utmost consideration during the renovations: here the atmosphere from the past century still lingers, the same atmosphere that Adriano Olivetti fiercely desired and that Carlo Scarpa was able to create.

The Olivetti Showroom is one of many places of the Italian cultural and artistical heritage that FAI was able to restore, bringing them to new life and making them accessible for everyone.

ARE YOU INTERESTED IN SUSTAINING FAI IN ITS CULTURAL ENDEAVOURS?

Make a donation to FAI: if you love Italy and its beautiful places, donate to FAI, the Italian Heritage Trust. Many abandoned places have been restored thanks to the efforts and the enthusiasm of FAI’s associates.

FAI is not about “any” place: we are talking of cultural and historical heritage, just like the Olivetti Showroom. FAI actively strives to spread awareness and preserve a wealth of monuments and properties.
With a small contribution you can help this charity organization make Italy a place worth dreaming about. 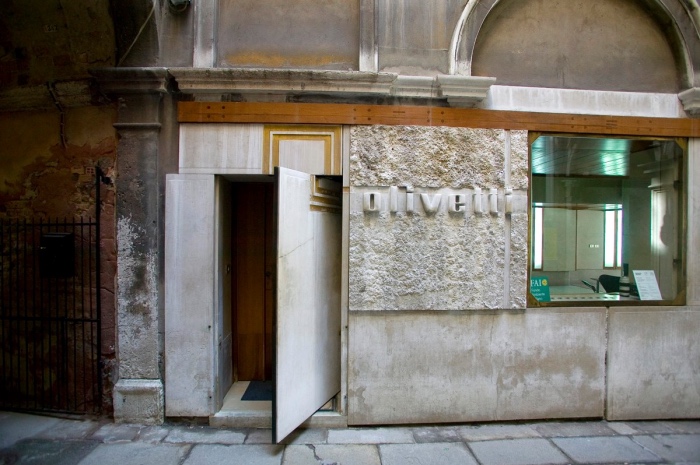 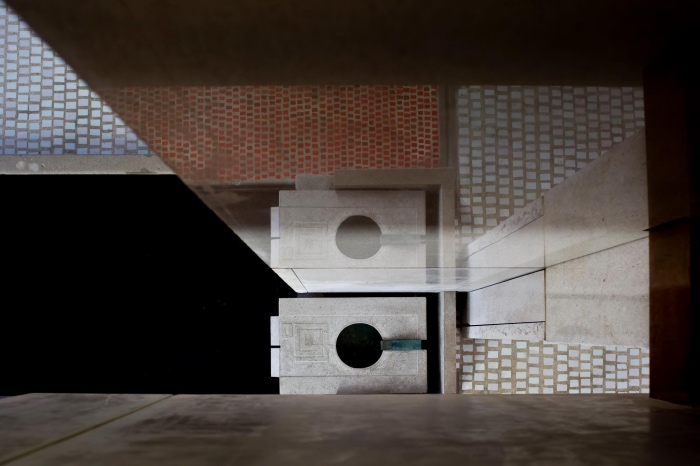 2 thoughts on “Olivetti Showroom, a dip into nineteenth-century Venice”