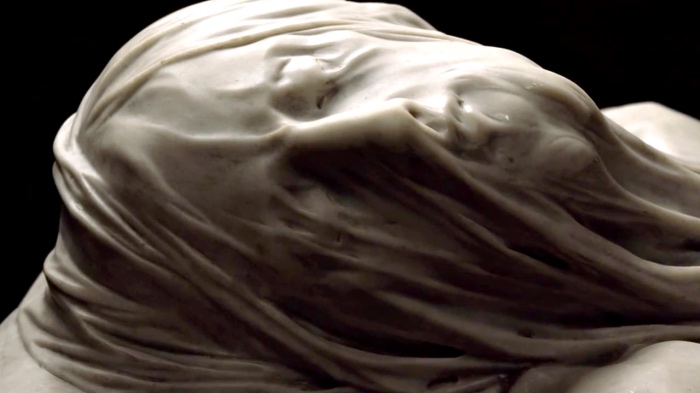 THE VEILED CHRIST IN NAPLES: 5 THINGS TO KNOW

Do you know the Veiled Christ in Naples?
It is located in one of the most mysterious places in Naples, and according to legend the marble veil, which covers Christ’s body, is actually the result of an experiment carried out by Prince of Sansevero, who was famous not for his noble origins but rather for his passion for esotericism, human anatomy and alchemy.

In this post I will tell you 5 things to know about the Veiled Christ which is on exhibition in Naples.

The Veiled Christ in Naples 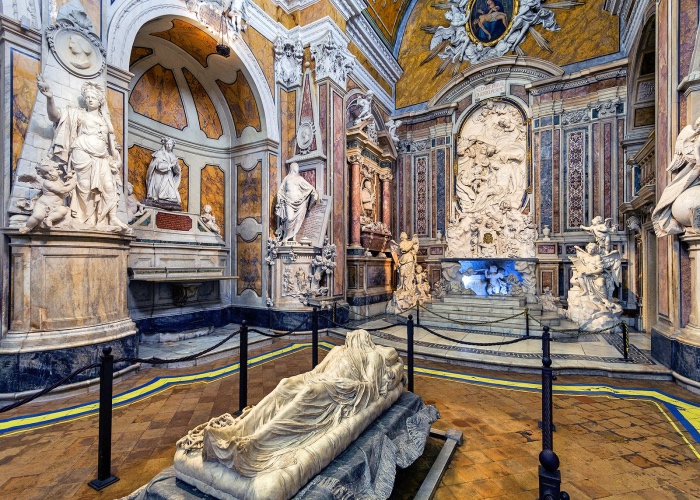 The Veiled Christ inside the Chapel of Sansevero in Naples

Before beginning with the list of 5 things to know about the Veiled Christ, you must know that it is one of the works you shouldn’t miss if you visit Naples and, in fact, it is always on the list of the first works to see, such as in the post of Expedia Magazine which makes a list of 10 things to see in Naples.
So, even though you’ll stay in Naples only for few hours, the Veiled Christ  is a must see!

1. WHO MADE THE VEILED CHRIST

The Veiled Christ is a work by Giuseppe Sanmartino, commissioned by Raimondo di Sangro, Prince of Sansevero.
The work was initially assigned to Antonio Corradini, who unfortunately died before beginning the work.
So,the job passed to Sanmartino, who in 1753 completed what is considered his masterpiece.

2. WHERE THE VEILED CHRIST IS HOUSED

The Veiled Christ is housed inside the Chapel of Sansevero, next the palace of the Sansevero family and near the famous street called “Spaccanapoli” in one of the most ancient quarters of the city.

3. WHY THE VEILED CHRIST WAS MADE AND WHAT IT REPRESENTS

Giuseppe Sanmartino made a sculpture which is a real skill test, by creating the illusion of a transparent veil which covers Christ’s body and reveals all his human nature.
There’s all the human pain of a pierced body, hit and beaten in the Veiled Christ!

It’s the veil covering Christ which makes the work almost a wonder, carved like it was transparent, making you glimpse the face and the body.

4. THE LEGEND OF THE VEIL

Raimondo di Sangro’s reputation as an eccentric man and an alchemist has created a series of stories and some legends, such as that regarding the veil which, according to some scholars, is not the the result of the artist’s ability, but the result of an experiment carried out by the Prince who transformed a veil into marble.
Of course, it’s a legend!

To the spread of stories, legends and mysteries contributes also another room inside the Chapel of Sansevero where you can see the skeletons of a woman and a man with the smallest details of skeletal and circulatory systems.
To more information about this place, read the post 5 things to know about Chapel of Sansevero in Naples.

The best way to admire this sculpture is with an expert guide, able to tell anecdotes and curious facts about the work but also about the quarter where it is located, and the very ancient street called “Spaccanapoli”.
The most popular tour lasts 2.5 hours and for more details visit the page –  Spaccanapoli Tour and Veiled Christ 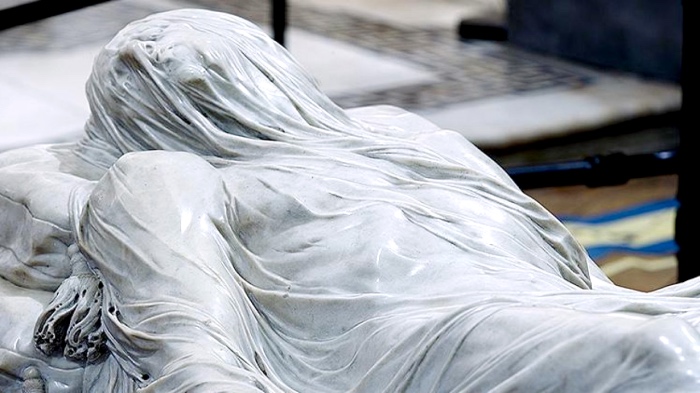 2 thoughts on “The Veiled Christ in Naples: 5 things to know”